NPP to revert SHS to four years if voted into power 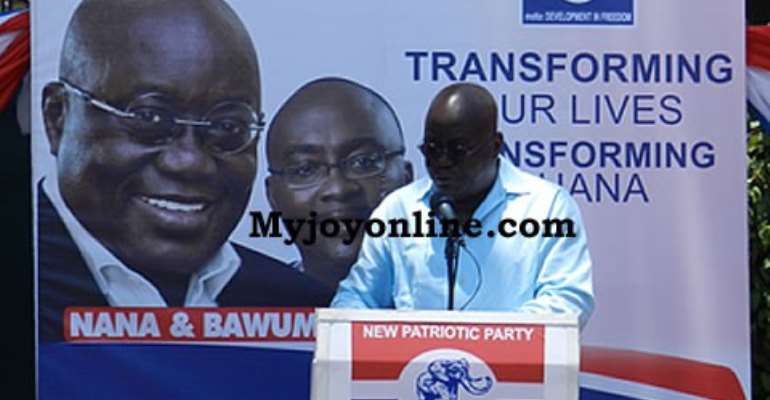 The New Patriotic Party will revert senior high school duration to four years if it wins power in the December 2012 elections.

This was disclosed by the flagbearer of the party, Nana Akufo-Addo, as he outlined his vision on education to university students in Cape Coast, the Central Regional capital.

The previous NPP government under President John Kufuor added an extra year to SHS education, bringing the total number of years to four, but on returning to office the NDC reinstituted the three-year duration.

Nana Addo said the decision by the NDC was not deeply thought through.

He explained that the excellent results achieved by students under the four year tenure are a testament to the effectiveness of the four year program.

“This NDC government appears to think that the education of Ghana's children is a political toy for them to play with. They reduced the duration of SHS from four years to three years for no reason but that it had been done by an NPP government.

“The results of the past two years have shown students who spent four years at SHS performing excellently at the West African Senior School Certificate Exams.

“The phenomenon of second and third world war, which was the name given to the students sitting the exams over and over again, disappeared,” Nana Addo stated.

He said that his administration would build upon the successes of the Kufuor government in addition to well-designed policies instituted by the NDC.

“If it were not so tragic we would all have some fun watching the antics of the NDC government as they have sought to toy with the education of our children. We have heard this government boast about how many schools under trees they have abolished only to discover when pressed to name them that many of these were schools manufactured in the imaginations of their spokespersons.

“We have been told about thousands of laptops being distributed all over Ghana. It turns out that boys' names are found to be in girls' schools list whilst one institution has come out to say that none of the names against their school list belongs to any enrolled student

“On the university campuses at least it would appear the distribution of the laptops has its proper name- one laptop per NDC supporter,” he stated.

He assured the students that the new administration block, the science faculty annex, and the business school complex, all of whose construction began under the erstwhile Kufuor administration and were left incomplete by the NDC government, will be completed if the NPP comes to power.

He lamented that too many children leave school unable to read, write or count, saying the next NPP government will focus on the three arms: reading, writing and arithmetic. This policy will be implemented through monitored programmes and assessments and through the cooperation of teachers.

Of his flagship free SHS policy, the NPP flagbearer said there can be no more compelling evidence of the policy's viability than that three of this year's eight presidential candidates are beneficiaries of some sort of sponsorship.

He said that the NDC's policy has become the campaign against free SHS, which he says it will stop at nothing to disparage.

He alleged, however, that NDC functionaries are misleading rural voters into believing that free SHS is a policy of John Mahama's.