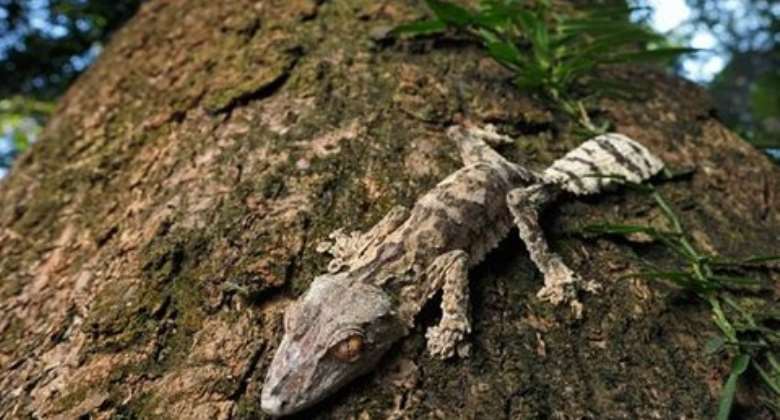 Stone forest
Madagascar's Tsingy de Bemaraha National Park, situated in the Melaky region on the country's west coast, is home to some of the world's most diverse wildlife.

On an African island famous for its biodiversity (90% of the species in Madagascar are found nowhere else on Earth), the largely unexplored park is an island unto itself, a kind of bio-fortress that is nearly impenetrable thanks to the massive limestone formation that runs through it. (Stephen Alvarez/National Geographic Stock)

Endemic species
The park's great block of Jurassic stone has dissolved over the millennia into a labyrinth of knife-edged towers, slot canyons and wet caves that ward off humans and harbour a variety of other life. New species such as the leaf-tailed gecko (pictured) are frequently discovered in the Unesco World Heritage site's isolated habitats.

Karst formations
The park's unusual karst formations were formed from porous limestone that was scoured and shaped by rainwater and streams. The exact processes that carved them are complex and rare; only a few similar formations exist outside of Madagascar. Researchers believe that groundwater infiltrated the great limestone beds, creating caves and tunnels as the rock dissolved.

The cavities grew and eventually their roofs collapsed, creating line-straight canyons, up to 120m deep and edged by spires of standing rock. Some of these canyons are so tight that a human would have difficulty passing through them.

Lemurs
The rock formations have become like rows of high-rise apartment buildings, providing shelter to an array of species at each level. At the highest reaches there is little soil and no shelter from the sun. Here temperatures often bake above 30C, and plant and animal life is restricted to creatures that can move between the pinnacles and the canyons.

Lemurs like the white-furred Decken's sifaka (pictured) use the rock formations as a kind of highway, leaping from spire to spire as they travel between fruit trees. Lemurs are unique to Madagascar, which is home to more than 30 different species of the furry primates.

Rugged terrain
The park's rugged terrain poses a challenge for those looking to explore its biological treasures – imagine trying to cross a city by climbing up each high-rise and then down the other side. Tsingy de Bemaraha is accessible by road from the town of Morondova, but is only open to visitors during the dry season, from April to November. It is advised that anyone visiting the park hires one of the park's guides on offer.