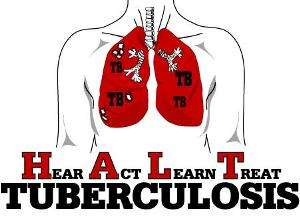 KUALA LUMPUR: Some 100 TB activists marched through the Kuala Lumpur Convention Centre on the afternoon of 14th November 2012, landing at the opening ceremony of the 43rd Union World Conference on Lung Health, just as delegates from over 120 countries were taking their seats in the Plenary Hall.

They were an outspoken crowd, demanding more ambitious targets for stopping TB, increased funding to meet those targets and an end to the use of impolite and negative language in the TB community.

“The Union conference is the one place where everyone in the TB world comes together. If it were to pass without any significant activist visibility, our calls for action would remain just words.

...This year we wanted to make our presence felt in a much stronger way,” said Blessina Kumar, Vice-Chair of the Stop TB Partnership Coordinating Board and a representative for communities affected by TB. “The urgency to address TB is somehow absent.

We need that urgency as people are dying every minute. We as activists are willing to do anything to ensure that this urgency is there at the forefront of the minds of governments, funders and those who are setting global targets for TB."

Some of the protesters carried placards calling for “zero TB deaths”, “more funding for TB”, or “nothing for us without us”. Others placards were blazoned with the messages “50% won't cut it” and “no blood on our hands” (both referring to the proposed target of reducing TB deaths by 50% in the post-2015 era - which would still leave 600 000 people dying per year).

Many held up signs calling on the TB community to ban some standard TB terms, like “defaulter” and “suspect”, which smack of an overtone of something criminal and illegal.

Such derogatory terms are now under scrutiny as they tend to negatively influence the attitudes and behaviour of health workers and the TB-affected community.

It is not only the discriminatory attitude of society that affects the TB patients but the medication too boasts of depression as a side effect.

In the absence of proper and continuous counselling form healthcare workers, we will have to involve the family and the community for the crucial mental support to the patient.

The family and the community have to be involved in the entire process through treatment education and active participation.

The family has to live with the TB of a near and dear one more closely than governments and donors. So the community insight is very important and cannot be overlooked. No TB control programme will be able to deliver the goods, no matter how well meaning it is, without patient centric care which will need the support of the family and the community.

So it is imperative to involve communities at every stage of the process as we aim for universal access for TB care. The hitherto fragmented TB community will have to join hands and act together. Like the AIDS community they must agree that there can be 'Nothing for us, without us'. It is not enough for a handful of activists to be involved in conferences like this. The larger community needs to be involved in this global cause of eliminating TB. Only then can we share the mutual responsibility of ensuring a sustainable response to the health challenges we face today.

William Mbewe, a musician from Zambia turned activist, summed up his reasons for participating in the march to Citizen News Service – CNS: “I suffered from TB. Over the years lots of my friends passed away because of stigma. So I decided to stand up as a public figure and talk about suffering from TB, hoping that lots of other people will come out of the darkness.”And please, can all delegates at the conference find time to collectively observe a two minutes silence as a mark of respect and condolence to all those whom we lost to a lung disease in that year?

She is a J2J Fellow of National Press Foundation (NPF) USA. She received her editing training in Singapore, has worked earlier with State Planning Institute, UP and taught physics at India's prestigious Loreto Convent.

She also authored a book on childhood TB (2012), co-authored a book (translated in three languages) "Voices from the field on childhood pneumonia" and a report on Hepatitis C and HIV treatment access issues in 2011. Email: [email protected], website: http://www.citizen-news.org)