Reject John Mahama and His NDC to Avoid Bloodshed - Katakyie 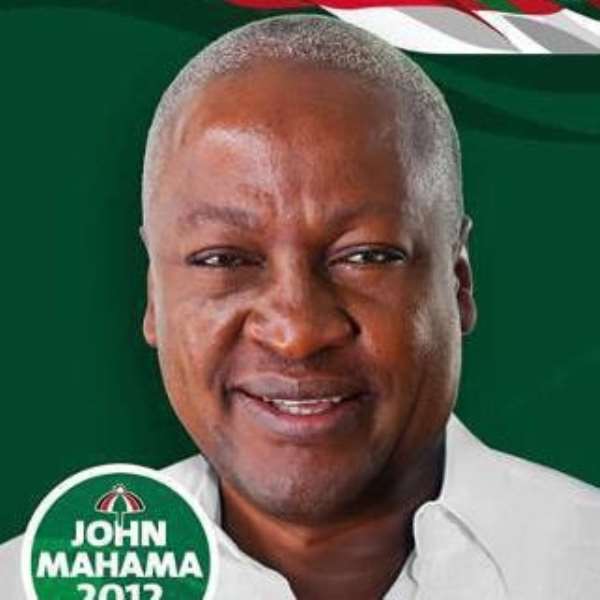 The Founder of the NDC, J.J. Rawlings overthrew the Limann-led PNC government in 1981. He metamorphosed into a democratic leader in 1992. His Excellency, John Agyekum Kufuor is the only Ghanaian leader to have become president through democratic means, served two-terms, and left government in the same way. The rest were either overthrown, died in the process, or took over in a caretaker role.

Readers would agree with me that ever since this monstrous party (NDC) unfortunately came into power in January 2009, not a day or a week passes without hearing cases of assault, intimidation, threat to kill and serial killings, gunshots, suicides, not forgetting other disasters like floods, buildings, and plane crashes. Others include fire and cholera outbreaks, mining disasters and motor accidents in all parts of the country thus posing a serious threat to our fundamental human rights to life, liberty and security.

Sensing that their sickly Presidential Candidate, John Atta Mills could not survive before December 2012, John Mahama and his collaborators forced him to engage in Azonto dance in a scorching sun and later 'poisoned' him to pave way for John Mahama to lead the party in this year's elections. They are so hungry for power that the NDC could do anything to either win or retain power. It is very surprising to note that documented evidence of harassment and atrocities committed against NPP members and sympathizers across the country have gone un-investigated or un-prosecuted.

Below are a few examples of such documented incidents.

Dr. Martin Luther King warns us that; “the ultimate tragedy of the world is not the oppression and cruelty by the bad people but the silence over that by the good people”. What then do we do as a party to stop these atrocities once and for all, and what can we do as a nation to ensure that we have peaceful elections in December and beyond?