Who does the law hurt? 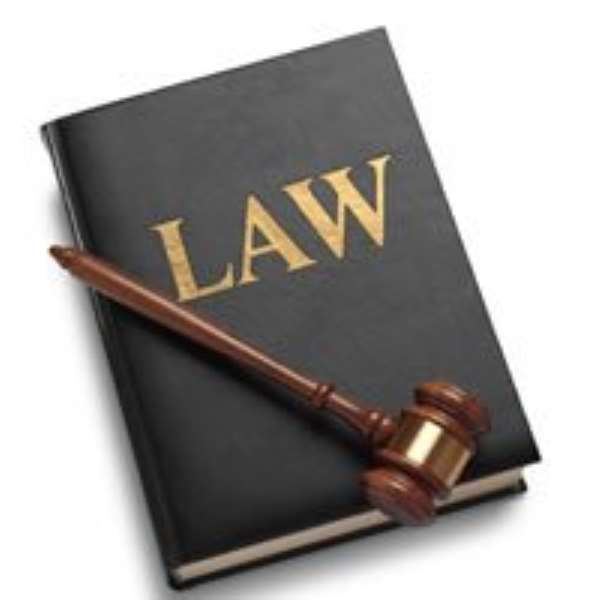 The queues outside the labor exchange are formed this morning in the capital of Ghana. Just standing at the official home of the government, I can see parliamentarians, ministers and other stake holders wrapped in coats in their luxurious cars patiently waiting for the red radiance of the traffic light to make way for the green. To them getting first class service and living the high life is their fate. Just at the instance my mind was readdressed to the workers in my town ,Dzodze.

Here they are with no helmet nor gloves but seated on their motor bikes on the look for passengers to transport. Close to them is the mouth-watering aroma Akple from the Akple seller. With the fumes from the bike mingling with that of the aroma they hope to earn Gh 1 as a start to fill their empty stomach with the auntie kafui's Akple after a long fast in the night. They also thought of how much they would be able to send home their children and their unemployed wives.

Transportation is without gainsaying, very paramount in the life of the people. In fact, it could be asserted that without transportation, there would be no or stunted development in the society.

Some years back, the most popular means of commercial transportation patronized in Dzodze to various destinations were taxis. Taxis, at the time, plied all the township roads, carrying passengers to various places of work or business. But with the advent of commercial motorcyclists, popularly known as keke, in the town, this business was taken over from the taxi drivers who eventually quit the business in the town to carry only passengers traveling to surrounding villages.

For some years now, the keke operators have monopolized the transportation business in the town, recording high turnover every day. From an observation gathered a commercial motorcyclist gets about gh 20 to gh 30 daily in the business despite their ever-growing number in the town. Some passengers also prefer the motor bikes because they could take them to their door-steps.

Dzodze among many other towns located along the borders or boundaries of Ghana are faced with similar routine daily.

Not so long, activities of motorcycle operators in Ghana have come under the searchlight of the government owing to passage of road traffic regulation law.

Since then there have been cries from the operators about government depriving them of their livelihood. They said it would lead to a state of unemployment adding that any law that creates unemployment is a bad law.

Unfortunately it looks clearly their cries would not be heard even if the 'people's man', Nii Laryea Afotey Agbo ,the Greater Accra Regional Minister resonates them. According to the greater accra regional minister, enforcing such a law would produce a dire consequences.

The gravamen of Mr Agbo's argument is that since the Okada business was operated mainly by young men, banning the practice which will effectively take them out of business will frustrate them trigger a surge in armed robbery and other violent attacks. He wants the youth trained and given employable skills before enforcing the law.

When I asked kojovi one of the motor operators who had an inscription on his bike as 'life is unfair' what his assertion was on this issue, he responded with the only crump of hope he had in a world hopelessness saying ;'mawu megblea etorwodi o' which means God does not leave his people.

So now the question I beg to ask is ; what steps are government taking to get job for all victims of the legislative instrument 2180?- who does the law really hurt and who does it help?