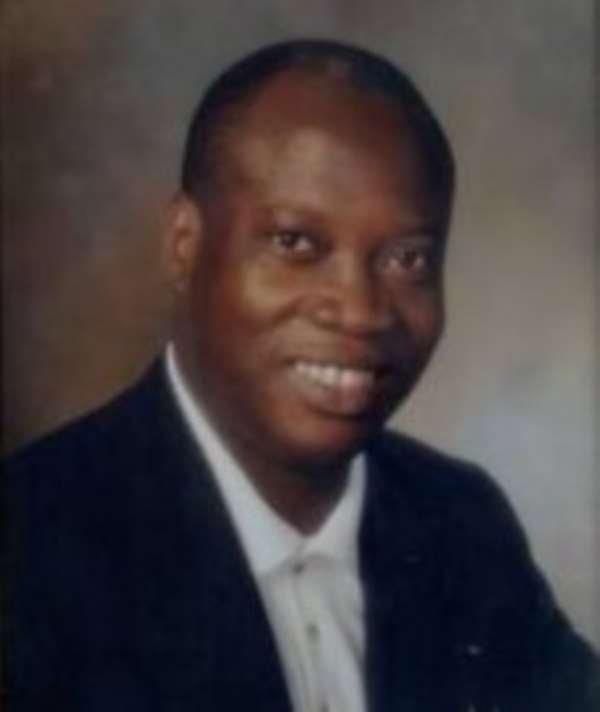 He said just the first out of three phases of the e-government project is completed, but already, the Ghana Integrated Financial Management Information System (GIFMIS) of the Controller and Accountant General's Department runs on it and it helps them to decentralize government budget and accounting administration by giving regional the budget offices access to the central data network back in Accra for real time reporting purposes.

“What the regional budget offices receive and spend are all done online in real time, so the head office also knows what is happening in the regions in real time,” he said.

Mr. Tevie said “Ghana Revenue Authority (GRA) also uses the e-governance network to transport information online from districts to the regions and from regions to the national office. All this is done in real time, managed at the NITA data centre, where challenges found are also dealt with in real time.”

He was speaking in an exclusive interview with Adom News Editor Nii Narku Dowuona on how far the various aspects of the e-government project have come, and when citizens can expect to start benefitting directly from the project.


Mr. Tevie said there is a lot going on to ensure that the major benefits of the project come on stream within the next two to three years, when government business is expected to change significantly because the wide-range of applicable aspects of the project such as e-Parliament, e-Justice, e-Executive, e-Immigration, e-Health, e-Education and others, would have been completed.

“Government business will become more paperless, transparent and efficient, and government agencies, organizations and corporations will be able to provide information in real time and offer services to the public and to businesses through their online portals managed and coordinated at the national central data centre,” he said.

Under the e-government project, all the three arms of government, and the institutions under them, are to be computerized and linked electronically at the national, regional and district levels. Other very important state agencies, organizations and corporations are also to be computerized to enable them interact with and serve individual citizens and private businesses electronically through their online portals.

The mention of e-Parliament, e-Justice, and e-Executive only reflects the vision to computerize the Legislature (Parliament and Parliamentary Service), the Judiciary (courts and the Judicial Service) and the Executive (the Presidency, ministries, departments and agencies – MDAs –, as well as metropolitan/municipal, and district assemblies – MMDAs –).

NITA was established by an Act of Parliament (NITA Act, Act 771, 2008) as the ICT Project Implementation arm of government, and it has since its inception built the foundational ICT architecture, working with some $40 million World Bank loan, $150 million Chinese EXIM Bank loan, including a $30 million concessionary bit, and recently another €37 million concessionary loan from the Danish Government.

NITA fed on government's 30% shares in Vodafone and used part of the National Fibre Optic Backbone in the possession of Vodafone to build a Multiple Layer Switch and WIMAX networks to connect all MDAs at the national and regional levels in the first phase of the e-government project.

This, according to the NITA DG, would enable the network to connect not just the district/municipal assemblies, but Hospitals, Schools, Police Stations, Post Offices, Agric Extension Service Offices, and any other public office or institution in all the towns that are within the coverage areas of the network.

Mr. Tevie stated that the foundational infrastructure is largely completed and what is left now is to build on it and put on the applications that would make all of the huge investment fully beneficial to Ghanaians.

He said so far NITA has built 29 Base Stations across country - all connected; and 10 gigabit/sec ring in Accra connecting all MDAs, and three 4-gigabit/sec sub-rings connecting all of them (MDA's) to all 10 regional offices in one network mesh.

The NITA Boss said a new data centre has also been established at the President's Office Annex, from where NITA monitors and coordinates activities on the system and does troubleshooting, adding that three more data centres are in the pipeline as government is building a seven-floor National Data Centre, out of which NITA alone would have three floors.

“We have also established 10 online portals for selected government agencies on a pilot basis – the institutions include the AMA, FDB, DVLA, Ghana Tourist Board, Passport Office, Births and Deaths Registry and others, and we are in the process of establish an additional 100 online portals for other agencies to make them able to provide services online and have access to their data online in real time,” he said.

He said under phase two, which started last month (August), all 170 districts assemblies would be linked via wireless connection with fibre going to all the districts.

Mr. Tevie said NITA is also in the process of layering relevant applications on top of the infrastructures to allow easy interoperability.

“We would also upgrade the WIMAX to LTE this year – which is faster and more efficient,” he said.

Mr. Tevie also touched on what is being done to bring e-Parliament, e-services, e-justice, e-health, e-immigration and others on stream.

E-Justice/Court Computerization
He said consultants from US called Leading Associates have so far spent the last seven months looking at all the courts in Ghana and have come out with a request for proposals (RFP) so companies could bid for the establishment of pilot e-Justice courts. The e-Justice project is estimated at $22million.

E-Services
Mr. Tevie said so far the services offered by some 10 government agencies, including the Passport Office, Food and Drugs Board (FDB), Ghana Tourist Board, DVLA, AMA, Birth and Deaths Registry and others have been computerized, and they have each been given online portals where citizens could go and interact with those agencies, fill forms online and get things done for them.

He said: “one hundred (100) new portals are to be completed this year for 100 more government institutions to make it easy for the public to access government information and get service from government agencies online.”


E-Parliament
Mr. Tevie said under phase one of the e-Parliament project, 270 laptops have already been given to Parliament for all MPs and 40 workers in the Parliamentary Service.

He said under phase two of same, a Danish company (Danish Management Services) has developed the RFP for the e-Parliament project, so within the next one month, companies are expected to bid for the contract to computerize Parliament and develop applications that would make it possible for documents in Parliament to be online so MPs and other authorized persons could have access to those documents online.

“And in real time, all the information from the floor of Parliament would be online,” he said, adding that the projects is expected to cost some $2 million.

E-Immigration
The NITA Director-General said the RFP for the $12 million e-Immigration project has also been completed, and 14 companies have submitted bids for the project, but they are yet to be shortlisted.

He said the project would computerize immigration services at the entry points such as the airport, seaports and inland borders, and provide e-gates where frequent travelers could register with immigration online at the airport without having to go through an immigration officer.

“It would also be the channel through which a database of who is going out and or coming into the country at any point in time is kept, such that at the Immigration Headquarters in Accra, it would be possible to see this in real time,” he said.

He said that would then become the blueprint for e-Health applications to be provided for government hospitals across the country.

E-Policing
Mr. Tevie said e-Policing is also in the pipeline but in the long-term. He explained that with the GSM networks and NITAs Data Centres in place, it is now possible to have an effective e-Policing system, except that Ghana is yet to develop relevant applications for the police, and to install street cameras that can view all streets and capture lawlessness in real time.

“We need 2,000 to 3,000 cameras in Accra alone to view all the streets in Accra – we also need to get hand-held data communication devices for the police to be able to transport information in real time to the central data centre - we need to develop applications for the police to make all that work – so that when arrests are made, the police can check the records of arrested persons in real time based on their bio-data.”

Mr. Tevie said “we have not gotten to that point of the project yet but I am sure when we finish setting up all the other sectors that will also come into the picture.”