US business leaders to visit Egypt 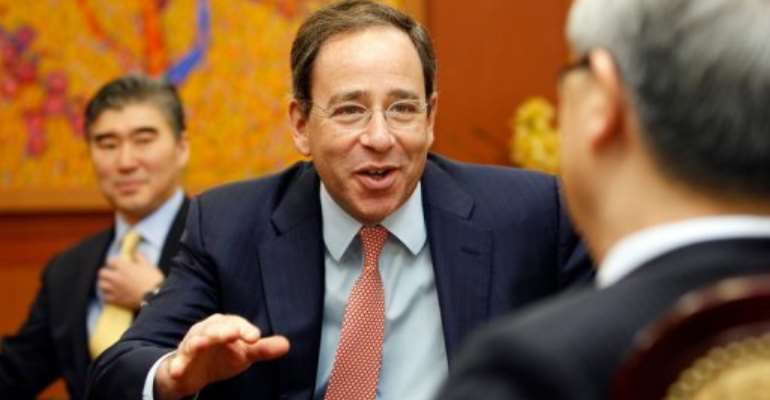 Thomas Nides will join more than 100 executives from US companies aiming to promote private sector development in Egypt. By Lee Jin-Man (AFP/POOL/File)

Nides will join the US Chamber of Commerce and more than 100 executives from American companies aiming to promote private sector development in Egypt, the State Department said in a statement Tuesday.

The announcement came a day after the New York Times reported that the United States was weighing a deal with Egypt's new rulers to relieve $1 billion worth of debt.

State Department spokesman Patrick Ventrell said he thought discussions about the debt deal were "ongoing" but said the trip was more closely tied to Secretary of State Hillary Clinton's visit to Egypt in July, which was heavily focused on the nation's economy.

"Clearly Egypt needs to get its feet back on the ground economically to push forward," Ventrell said, highlighting the need to help businesses, but noting that the US is "looking at ways we can give direct financial assistance."

Egypt, which has seen its economy worsen since Hosni Mubarak's overthrow in February 2011, asked last month for a $4.8 billion loan from the International Monetary Fund, which in turn urged economic reforms.