No sanction for Pistorius after Paralympics outburst 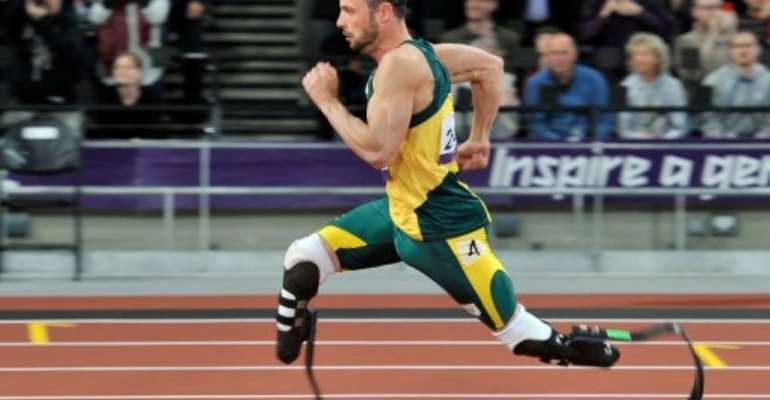 Oscar Pistorius lost his first 200m race in nine years when Brazil's Alan Oliveira came from behind to win. By Glyn Kirk (AFP)

LONDON (AFP) - No disciplinary action will be taken against Oscar Pistorius after he hit out at fellow competitors following his T44 200m defeat, the International Paralympic Committee (IPC) said on Tuesday.

"There will be no disciplinary action against Oscar," IPC media and communication director Craig Spence told a news conference at Olympic Park in east London.

Pistorius sensationally lost his first 200m race in nine years on Sunday when Brazil's Alan Oliveira came from behind in the home straight to take the sprint on the line at the Olympic Stadium.

The 25-year-old South African, who took silver, then claimed at trackside that he was at a disadvantage because his fellow competitors were "a lot taller" and he was unable to compete with their stride length.

Pistorius, a double below-the-knee amputee since childhood who runs on J-shaped carbon fibre prostheses, said he had raised the issue with the IPC but it had fallen "on deaf ears".

He later apologised for the timing of the comments but not the substance.

The IPC have said they would meet the sprinter to discuss his concerns but insisted that all eight finalists' prostheses, which have to be proportional to body length, were within the rules.

Spence said there had been no contact with Pistorius since Sunday and no date had yet been set for talks.

"We thought that he needed to go through the formal channels. We are waiting for the National Paralympic Committee of South Africa to go through the relevant channels with the IPC and a meeting will be set up," he added.