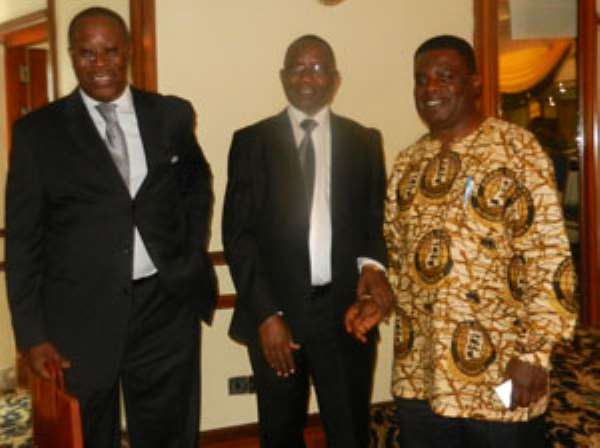 The Ghana Shippers' Authority has called for the auction of uncleared cargo to reduce congestion at the country's ports.

Dr Kofi Mbiah, Chief Executive Officer (CEO) of the Ghana Shippers' Authority, appealed to government to enter into an agreement with private sector operators who would solely be mandated to auction the cargo including vehicles.

In an address at the 6 th Shipper's Day themed 'Enhancing Shipping competitiveness: Removing the obstacles' in Accra, he said: 'The uncleared cargo list continues to grow and this is choking the ports.'

The two-day progarmme, under the auspices of the Ministry of Transport, is to provide opportunities for importers and exporters and other stakeholders to take stock of the performance of operators in the industry and deliberate on challenges they face.

Identifiable challenges, which players in the industry have to deal with, include infrastructural limitations, excessive delays, illegitimate and high charges, cumbersome clearance procedures, high incidence of pilfering and other operational issues, among others.

Dr Mbiah mentioned that congestion at the ports negatively affects the competitiveness and efficiency of shippers and services providers.

He stated that the Council of State was collaborating with the Ministries of Trade and Transport to address the issues.

'In dealing effectively with the issue of port congestion, shippers will like to see the formation of an emergency congestion reduction taskforce to meet with all relevant stakeholders and take action to reduce congestion.'

Dzifa Attivor, Deputy Minister of Transport, who represented Collins Daudu, the sector minister, acknowledged that congestion at the ports hampers competiveness of shippers.

She stated that over 70 per cent of government's revenue is derived from import duties and taxes from international trade and transport activities, stressing that government intends to source funds for the expansion of the country's ports.

She said expansion works would include deepening the draughts of the berths, acquisition of equipment to improve operations, development of new empty container yards outside the port.

Kofi Amoabeng, Chief Executive Officer (CEO) of UT Bank, called for a change in the culture and behaviour of some players in the industry.

He urged the stakeholders to think outside the box and come up with measures to address challenges that shippers face.

'In all endeavors, we must try to limit wasting people's time,' he said and urged them to deal with agencies who pay taxes.

Dr Nortey K. Omaboe, an economist and executive Chairman of GCNET, who chaired the function, observed that the growth rate of the economy and the industry call for measures to tackle congestion at the ports in order not to cripple the growing industry.

He said 'we need to recognize that we are in a crises and this is the time for the Shippers' Authority to increase its advocacy to find a lasting solution.'

Serigne Thiam Diop, Secretary General of the Union of African Shippers Council, stated that the Ghana Shippers Authority stands tall among its competitors on the continent.

Later some personalities were honoured for contributing towards the growth and development of the shipping industry.