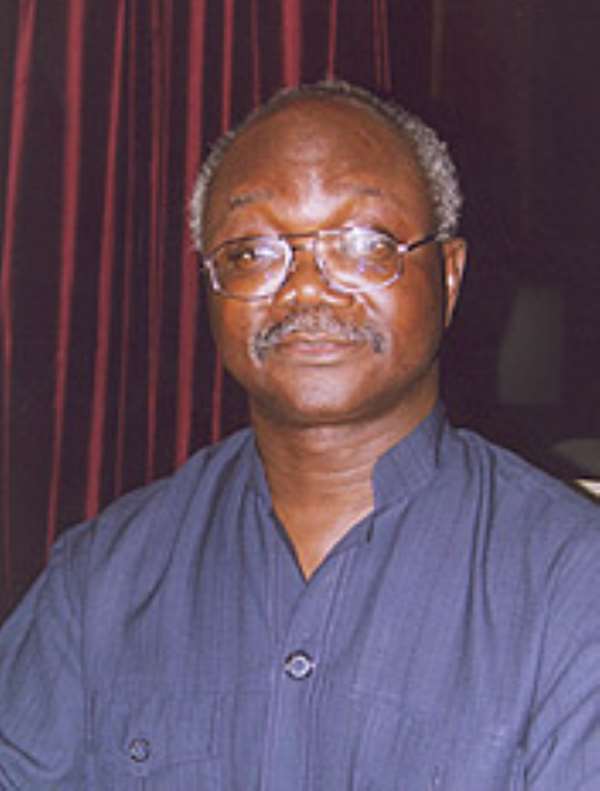 NDC expresses indignation about the treatment Accra, Setp.24, GNA - The National Democratic Congress (NDC) has expressed indignation at the way and manner the Former Minister of Finance, Kwame Peprah, who has been incarcerated for causing financial loss to the State, was being treated.
A press statement issued on Wednesday by the NDC and signed by Mr Bede A. Ziedeng, Deputy General Secretary, said: "The NDC has learnt with shock and regret, information that Kwame Peprah, Former NDC Minister of Finance, was yesterday transferred from Ho Prisons to the Sekondi Prisons.
The statement said: "Even though, the NDC acknowledges the right of the authorities to determine where prisoners are kept, these multiple transfers suggest sinister political motives."
The Party said it viewed the latest transfer as a further harassment and gross abuse of the human rights of Peprah, who they now considered as a political prisoner. They accused the government of toying with his life.
The statement said: "This is the second time in about two months that Peprah has been transferred, having been first transferred from Nsawam Prisons to the Ho Prisons."
The NDC said it believed that the recent visit of the Party's Flagbearer Professor John Evans Atta Mills; National Chairman, Dr Obed Asamoah and the General Secretary, Dr Nii Josiah Aryeh to the Ho Prisons had infuriated the New Patriotic Party (NPP) Government to harass Peprah by transferring him yet again without notice to any of his family or relations.
The Party said it had arrived at this conclusion because Peprah was denied the services of his personal physician from the Trust Hospital while he was at the Nsawam Prisons with the excuse that the Hospital was not a public one.
It said Peprah was transferred without notice from Nsawam Prison to Ho Prisons after he was tagged with a concocted and fabricated charge that he had met a convicted murderer, Charles Quansah with a view to getting him to incriminate members of the NPP Government.
He was also kept in the same cell with 14 other prisoners at the Ho Prisons, without any form of privacy and was later admitted at the Ho Regional Hospital for almost two weeks.
The NDC stated: "Enough is enough. The unholy collaboration between the NPP Government and the Judiciary and the manipulation of the latter that resulted the conviction and sentence of Peprah and his two colleagues in the "Quality Grain 3" do not appear to have satisfied those bent on vengeance and who are determined to break Preprah's spirit and wreck his life and the life of his family".
The Party said it would "hold the Government of the NPP entirely responsible for whatever may happen to Peprah whilst in prison". It called "on all men and women of conscience to decry the treatment being meted out to Peprah, and for them to raise their voices in protest against what basically is man's inhumanity to man and an abuse of Peprah's human rights of the basest order"