Rawlings must spare us; he is no saint – Kweku Baako 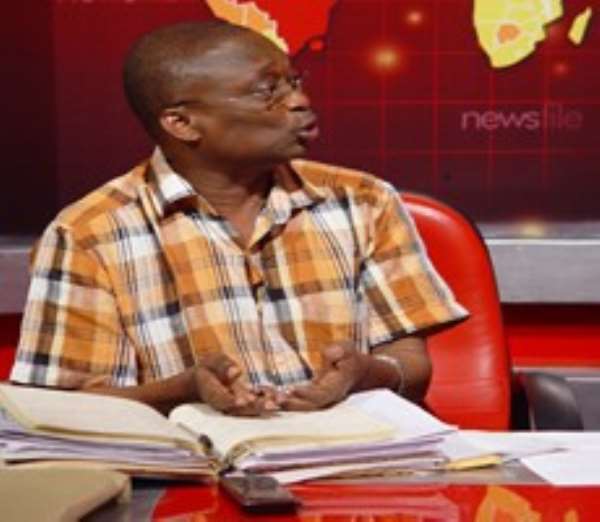 The Editor-In-Chief of the New Crusading Guide newspaper, Mr Malik Kweku Baako says former president Rawlings must desist from his legendary presumptuous and pious posturing because he is no saint.

He believes the former president lacks the moral turpitude to consistently malign others and accuse them of iniquities and moral incorrectness.

Mr Rawlings told President Mahama Thursday that whether he wins the December polls or not depended on how quickly he restored integrity to the presidency, the governing National Democratic Congress party and his government.

He cataloged a litany of what he called transgressions that were contrary to the values for which the NDC stood and on which the party was founded.

But Kweku Baako, contributing to a discussion of the former president's comments on Joy FM's Newsfile Programme Saturday, said Mr Rawlings' penchant to accuse everyone else but himself was irritating.

Kweku Baako said Mr Rawlings' government was the greatest purveyor of some of the most egregious human rights violations which either went uninvestigated or unpunished.

“Public accounts were messed up for almost a decade; between 1982 and 1989 there was no auditing of public accounts; it's here, if you go for the hansard, 1 December 1993, the first time Parliament sat to look at audited accounts is captured here; a decade under the regime that presided over probity and accountability; companies that were divested were divested without transparency and accountability; killings of [all] sorts…did happen [but] went uninvestigated and unpunished so there are times that when he mounts that moral high-ground and pontificates [probity and accountability and justice], I get worried as a citizen of this nation,” he stated.

Turning to Mr. Rawlings' call for 'babies with hard teeth' who spew scurrilous invectives to be lowered away with the dirty water, Kweku Baako said “my understanding of his talking of babies is that he is not talking of age group alone” but also old guards in the NDC – “some of whom he worked with, who were very close to him – like the Ahwoi brothers, Kojo Tsikata, PV Obeng, Totobi Quarkye…”

He said the founder of the NDC must also have been referring to persons such as Presidential Staffer, Nii Lantey Vanderpuye, a member of government communications team Felix Ofosu Kwakye and other young persons, who, irritated by Mr Rawlings' incessant attacks on the government and the NDC, had replied in kind.

Kweku Baako surmised that the NDC founder's “chronic inability to readjust to post-presidency” life was a big problem.