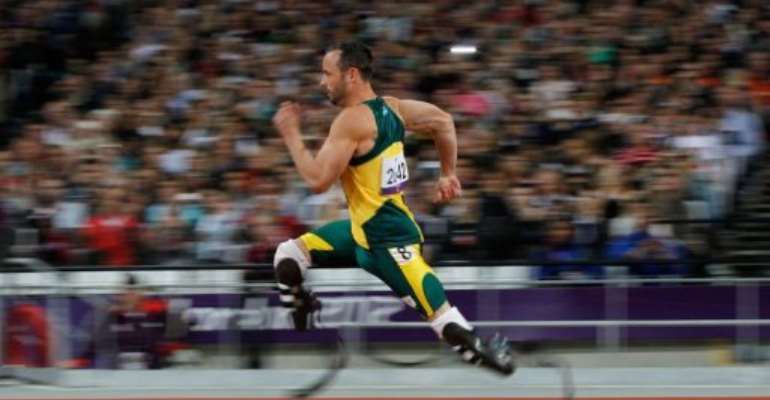 LONDON (AFP) - "Blade Runner" Oscar Pistorius on Saturday began the defence of his three Paralympic sprint titles with a bang, breaking the world record in the T44 200m to qualify for the final.

The 25-year-old, who earned his nickname as he runs on carbon fibre prosthetics, stormed round the bend and pushed through to clock 21.30sec, just weeks after becoming the first double-amputee to compete in the Olympics.

"I just wanted to come out tonight and have a good race," he told Channel 4 television. "It makes me so happy to be here. I'm happy with the time. Tomorrow's the big race (the final) and I am looking forward to it.

"To run in front of such an amazing stadium is mind-blowing."