Fire guts a house in Sunyani 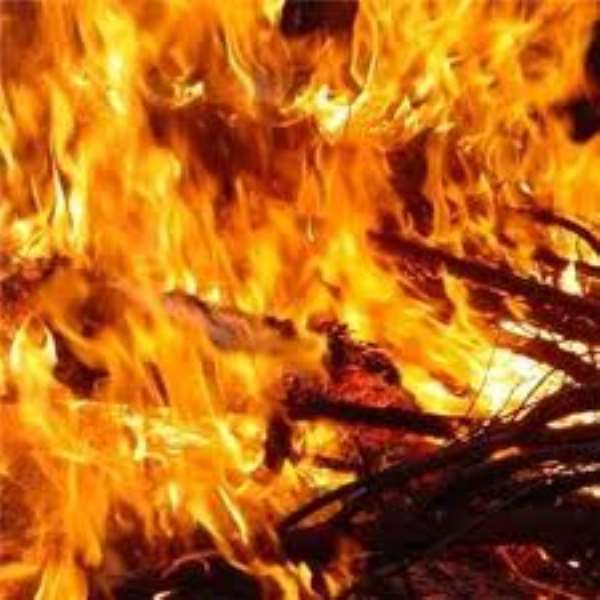 Sunyani, Aug.30, GNA - Properties worth millions of Ghana cedis were destroyed when fire gutted a house at Penkwase in the Sunyani Municipality. Some of the items destroyed included home and electrical appliances, cash and personal properties.

Mr Thomas Dzah, the Sunyani Municipal Commander of Operations of GNFS, told the GNA that it took personnel of the Ghana National Fire Service (GNFS) about two hours to put out the fire.

He said the fire started around 1338 hours in one of the rooms but before firemen arrived, it had spread to seven other rooms of the 14-room house.

Mr Dzah said GH¢ 2, 900 was retrieved from the house and appealed to the public, especially tenants, to be circumspect in dealing with LPG and electrical gadgets.

Eligibility Age to become President of Ghana: Lessons from t...
42 minutes ago