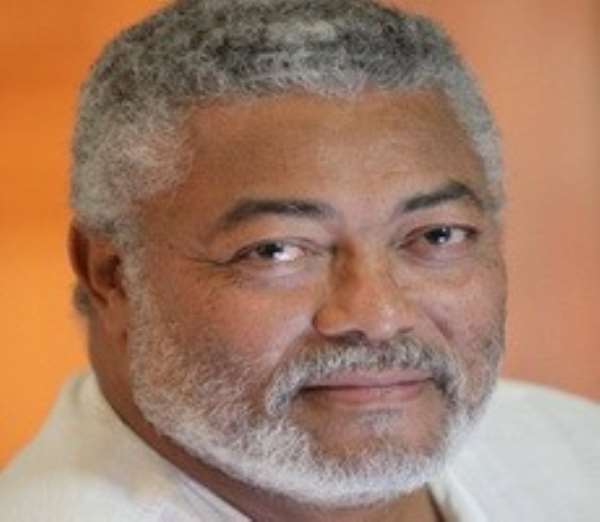 Former President Jerry Rawlings Rawlings has arrived at the National Delegates' Congress of the NDC to a rapturous welcome.

Mr Rawlings' appearance at the congress was in doubt given his recent history of accusing the party of abandoning the values of probity and accountability on which the NDC was foundered.

The excitement at the venue was obvious when Mr Rawlings arrived.

Dressed in the funeral cloth of the late President John Mills and red cap, Mr Amissah-Arthur acknowledged cheers and took his seat.

President Mahama arrived for the congress to endorse him as the NDC's flag-bearer.