The Fall Of WEREKO-BROBBY 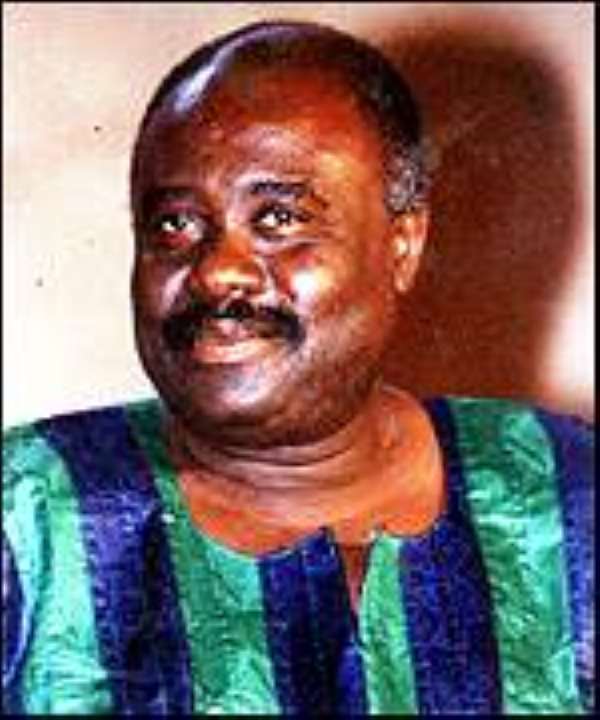 Inside story - Nduom’s steely resolve, VRA workers’ persistence THE REAL STORY of the intense backroom horse-trading, heroic resistance of the patriotic VRA staff, the steely resolve of the Minister of Energy and the events that led to the purported resignation of Dr. Charles Wereko-Brobby may not be known yet.

What has been known, however, is what Professor Assenso Okyere, the Vice Chancellor of the University of Ghana, has described as ‘the excessive noise’ of media men and apologists for Wereko-Brobby, drowning the airwaves with one-sided information on the burning issues confronting VRA.

The Chronicle, which first opened a window into the gangrene-infested belly of VRA, can now reveal that Dr. Wereko-Brobbey’s purported ‘stepping aside’ move on the eve of the Nduom Committee of Inquiry was far from the truth. Whether the latest ‘stepping down’ was induced is a matter that The Chronicle will also investigate, but the odds are that he was pushed.

The real story, which was not known to the public, was that Dr. Wereko-Brobby never voluntarily stepped aside. He had a .22 Smith and Wesson revolver pointed at his head by the bespectacled cool hand from Elmina, Dr. Paa Kwesi Nduom, with the threatening words: you have a choice to pack out of office now or I will issue a statement announcing that you have been suspended from office.

Dr. Brobby stared into the dark, cold steel ‘wiase ye sum’ chamber of the gun pointing at his temple and decided to grab the former opportunity.

Nduom graciously allowed him to pick himself from the ground and go public with the now famous decision to step aside. He had no choice, as all Ghanaians had been led to believe.

Less than a month ago, when it appeared that Wereko-Brobby’s collection of big named supporters in Government were winning the campaign to get him return to office, Dr. Nduom indicated in no uncertain terms that there were other outstanding issues that needed to be sorted out and that any decision to send Wereko-Brobby back to VRA without his knowledge (not his permission), he would resign.

VRA workers swear by Nduom’s name – it was out of respect and deference for him that they have held their cool and resisted taking to the streets.

The Chronicle has a mountain of information and documentation on VRA, which formed part of the Aggrey Mills Committee of Inquiry on VRA matters.

Nduom had consulted with the President earlier to get his clear mandate that he Nduom should do whatever was necessary to salvage VRA and Tema Oil Refinery. And that Presidential authority included a clear mandate to tame the tempestuous and temperamental Wereko-Brobby if he was found to be obstructionist, a trait that was clearly stated in the Committee’s report.

With that Presidential remit in his hands, Nduom set about the task of retrofitting VRA, beginning with the installation of the Aggrey Commission of Inquiry which looked into complaints against the fallen Chief Executive and his management of this important national institution.

The report is now a closely guarded national secret, though sections of the media have reported on certain aspects of the report, which purported to clear Wereko-Brobby. The report itself is a dynamite waiting to explode and will never see the light of day. But not for long.

One of the ways that the VRA boss kept only positive stories about himself and his dealings with VRA in circulation was to intimidate The Chronicle, which was the only paper that was carrying stories that reflected both sides of the issues, particularly the views and reports from the workers who had been crudely maligned by sections of the press that were championing Wereko-Brobby’s cause.

First, The Chronicle was hit with a billion cedi libel action and a restraining order application was made to the courts to stop it from reporting on VRA.

Around that time the publisher came down to Ghana for legal consultations and met with his lawyers and pleaded for an opportunity to be put on the witness stand as he had a lot to say.

A second writ flew in for another ¢1 billion.

Kofi Coomson went berserk, arguing that it was unfair for his boys to be gagged, while Tarzan had a field day, firing articles and radio interviews, paid advertorials singing his praises and giving a one-sided account of his stewardship everywhere, including the world wide web.

The court however granted a very limited restraining order on arguments that were raised by lawyers for Wereko-Brobby, which had not been pleaded before the courts.

He immediately fired a writ of his own on statements in advertorials, which sought to malign The Chronicle as a newspaper.

Contrary to the anti-VRA media reports, the auditor-general, the Aggrey Committee of Inquiry and Dr. Kwesi Nduom have all complimented VRA workers for their cooperation in supplying information to the committees.

The surprising timing of the Dua Agyeman report, which cleared Wereko-Brobby, even before the year had ended, raised eyebrows as to the nature of the game being played.

The Chronicle learnt from London that Wereko-Brobby and Dua Agyeman both attended the same school, Middlesex University in London, where the current auditor-general studied accounting. Wereko-Brobby also studied for a Master’s in Business Administration around the same time. That may have accounted for the seeming sympathetic and supportive nature of the reports about VRA and Wereko-Brobby that were being issued.

The other matter was that since Wereko-Brobby appeared to be close to the President, Dua Agyeman may have thought it was to his advantage if he hedged his bets with him in the event that he would need someone to champion his fight to stay in office after he hit 60 years, a little while ago. He should have retired long ago, but still holding on to the job. It is being suggested that he did his best to water down issues about VRA and Wereko-Brobby.

Not all the media men have been so sold on Tarzan, though.

Kwesi Pratt, who worked with Tarzan on Alliance for Change, has been critical of Tarzan and had been making serious interventions on VRA issues wondering why everybody thought VRA workers had no business complaining about the attitude of Tarzan when it was the workers, and not the general public, who were experiencing him daily.

Tarzan’s deputy’s exit was imminent when he failed to appreciate the implications of him being handpicked to be acting for him while he ‘was stepping aside, though Tarzan never allowed any of the VRA executives he transferred for allegedly leaking information to The Chronicle and the press.

The Chronicle rang Jabesh Amissah-Arthur, while investigating the VRA ambulance palaver, but his reaction spoke volumes. He promised to come back on the matter but failed to respond to queries on the contract, which was granted to a dressmaker to import an ambulance for VRA.

Jabesh’s brother was the deputy Minister of Finance in the NDC government, and had been pencilled in as the Chief of Staff of a Professor John Atta Mills Presidency. Paa Kwesi Amissah Arthur was also being poached by the NPP, or he was himself making overtures, The Chronicle gathered.

VRA sources are now wondering whether the woman who used to be friends with Jabesh until Wereko- Brobbey came along and decided to annex her, may still stay at VRA or pack off and join her ‘nearly husband,’ now that Ms. Joyce Aryee had gotten her famous name back. The Director Materials Planning would have a lot to explain about the ambulance contract.

Wereko-Brobby’s political party, the United Ghana Movement, may be recalled from leave to pepper the NPP and attack J.A. Kufuor as it did in 1999 and 2000 and a first lady for the party may come in handy.

The VRA story is a long, sad story, which pitched the forces of the Chief of Staff against that of national security and brought Ghana perilously close to a precipice unknown to most people.

At the end of the day, it was national security that prevailed as Nduom handed his files to that office for a final look-over. That may have informed the Presidential decision to let the Tarzan go – in the overall security interest of Ghana, and the NPP executive meeting at Teachers Hall early July, impressed upon the President to sack Wereko-Brobby because he was hurting the party.

Is Wereko-Brobby saying that he is voluntarily giving up his executive Switchback Road residence which he renovated at a cost of ¢0.8 billion when the board approved ¢1.4 billion for renovations alone?

On September 26, Dr. Nduom may be going to Abuja to renew a controversial contract that may haunt the Kufuor administration in the years to come. Who will stop Kwesi from taking those innocent steps to certain disaster - SAHARA, VRA and a looming disaster? Coming up.