Google reacts to Apple's US patent victory over Samsung 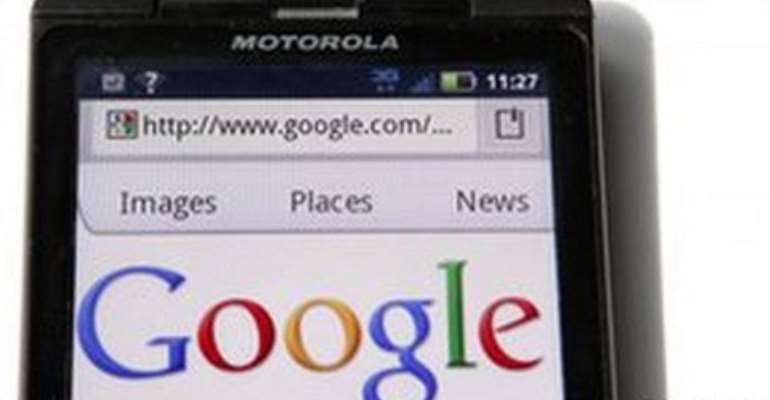 Google has said that it does not want the ruling in the Apple-Samsung patent lawsuit to "limit" consumers' access to Android devices.

A US jury ordered Samsung to pay Apple over $1bn (£664m) on Friday after ruling it had infringed several of the iPhone maker's software and design innovations.

Samsung said it intended to appeal.
There has been speculation that the news could encourage handset makers to install the rival Windows Phone system.

Google released its statement late on Sunday in the US.

"The court of appeals will review both infringement and the validity of the patent claims," it said.

"Most of these don't relate to the core Android operating system, and several are being re-examined by the US Patent Office.

"The mobile industry is moving fast and all players - including newcomers - are building upon ideas that have been around for decades. We work with our partners to give consumers innovative and affordable products, and we don't want anything to limit that."

Apple vs Android
Apple has indicated it will seek sales bans on the 17 phones at the heart of the lawsuit at a hearing on 20 September.

The list does not include Samsung's current flagship handset, the Galaxy S3, but does include earlier versions of the model.

However, Apple could also use the verdict to try to halt sales of other models it believes infringe its patents.

During the court case Apple revealed it had licensed some of its technologies to Microsoft. Its lawyers also showed pictures of Nokia's Lumia - which runs Windows Phone 7 - as an example of a handset that looked distinctive from its own.

In contrast, Apple continues to be involved in lawsuits against two other Android-handset makers: Motorola - which is owned by Google - and HTC.

Dell, HTC, Samsung, LG and ZTE have already created Windows Phone 7 devices, but only Nokia has concentrated its efforts on the system.

One analyst said that the US ruling presented Microsoft with an opportunity to convince others to put their weight behind the next version of its mobile system.

"I think this will force a reset on Android products as they are re-engineered to get around Apple's patents," said Rob Enderle, principal analyst at the tech consultancy Enderle Group.

"[It should also] provide a stronger opportunity for both of Microsoft's new platforms - Windows 8 and Windows Phone 8 - because they come with indemnification against Apple, suddenly making them far safer."

However, manufacturers will have to weigh up Android's popularity before making a move.

Cross-licensing
According to recent data from analysts at IDC, Android had a 68.1% of the global smartphone market between April and June. Apple's iOS had 16.9% and Windows Phone/Windows Mobile had 5.4%. The data was based on shipments rather than sales.

In case Apple's patents hold up under appeal, Google could recode Android to ensure there was no potential infringement, or handset makers could seek to pay their rival a licence fee.

And there is another alternative: Apple could ultimately seek a patent cross-licensing deal with Google despite its late chief executive Steve Jobs' vow to "destroy Android".

Part-way through the Samsung case, Google filed its first lawsuit versus Apple since taking over Motorola. It alleged seven patent infringements, one of which involves the technology used in the iPhone's Siri voice-activated search tool.

Were Google to succeed it could call for a import ban on Apple's iOS products, potentially forcing its rival into a deal.

The case is driving share prices in related technology stocks.

Samsung's shares fell 7.5% in Seoul on Monday - their biggest drop since October 2008, wiping about $12bn off the companies value.

Nokia's shares rose about 10% on the Frankfurt Stock Exchange.

In New York, Apple's stock was about 2% higher in pre-market trade, Microsoft's about 1% up and Google's about 1% down.