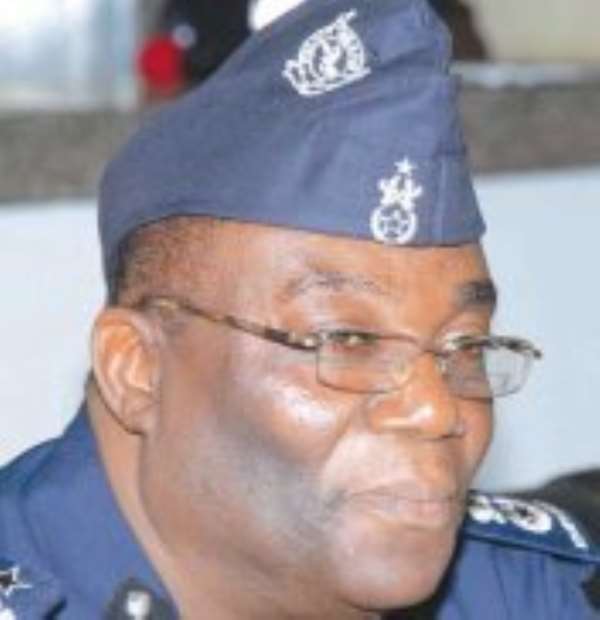 Three people were killed when supporters of two rival chiefs at Ablekuma in the Ga Central District in the Greater Accra Region clashed during the celebration of their Homowo Festival Saturday.

Among the deceased was the Wulomo, Nii Tettey Nartey Safo II, aged 52, while the two others were also identified as Emmanuel Nartey, 55, and Festus Aidoo, 27.

The bodies have been deposited at the Police Hospital Mortuary awaiting autopsy.

Three others who sustained severe gunshot wounds were rushed to the Police Hospital in Accra for treatment but were later referred to the Korle-Bu Teaching Hospital for further attention.

Two vehicles were burnt to ashes, while the palace of one of the chiefs was also vandalised.

The police retrieved 12 motorbikes, 64 spent AA cartridges and one live cartridge, as well as nine pieces of 9mm spent shells and four pieces of live ammunition from the scene.

Nine suspects including the two feuding chiefs - Nii Larbi Mensah IV, the substantive Chief of Ablekuma, and Nii Kwaku Fosu, the rival chief - and their Asafoatsemei were arrested to assist in investigations into the clashes.

According to the Accra Regional Police Commander, Deputy Commissioner of Police (DCOP), Mr Patrick Timbilla, but for the timely intervention of the police, the casualties would have been more as the two factions were in serious battle at the time the police arrived at the scene.

He said the spent shells and cartridges retrieved from the scene indicated that pump action guns and foreign-made pistols were used during the exchanges which were said to have lasted for well over two hours.

Mr Timbilla said security had been beefed up in the town with the deployment of more policemen to maintain peace.

He said four police patrol teams were despatched to the scene on Saturday, August 25, 2012 at about 2:15 pm, when the police had information that there was heavy gun battle at Ablekuma.

Mr Timbilla said upon arrival at the scene of the incident, two bodies, made up of those of the Wulomo and Emmanuel, were found on the scene.

He, however, said the third victim died from gunshot wounds while being treated at the Police Hospital.

He said three of the injured were referred to the Korle Bu Teaching Hospital when their conditions deteriorated.

According to Mr Timbilla, the two chiefs were alleged to have engaged the services of land guards from Juma and Sowutuom, who arrived on motorbikes, to perpetuate the crime.

Mr Timbilla said the two chiefs would assist the police in apprehending all the land guards who were involved in the clashes.

He advised aggrieved people to always use due process to resolve their grievances rather than take the law into their own hands.

The Greater Regional Commander said the police would descend heavily on any person or group of persons who would disturb the peace of the nation at any given time.