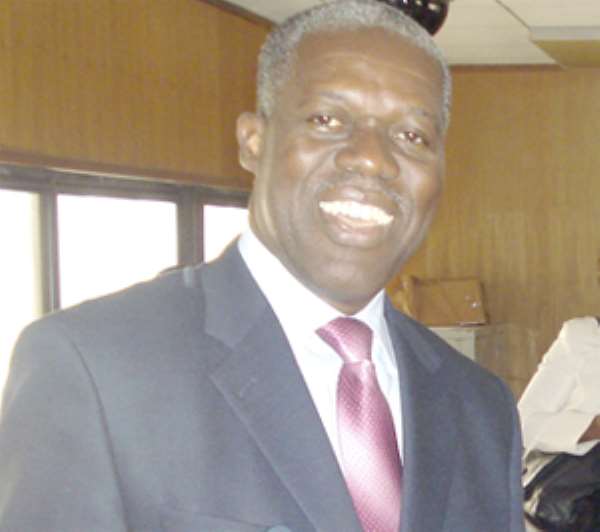 As at June 2012, the ruling NDC was coasting to one touch victory in the Presidential Elections in December with the Late President and flag-bearer, Prof John Evans Atta Mills. The achievements of the then Mills-led government have been so impressive, and Ghanaians were very comfortable with the demeanor of the late President. Again, it appeared the Ghanaian electorates were going to endorse the “two-term administration” pattern that all Presidents of the 4th Republic have enjoyed since 1992. So like former Presidents Rawlings and Kuffour, Mills was also earmarked to enjoy a 2nd term.

But with the untimely and very unfortunate demise of President Mills, we have to dig very deep to retain the seat with H.E President John Mahama. The President has been in the fore-front of Ghanaian politics in the 4th Republic for years. To the average Ghanaian literate electorate, he is no stranger at all. However considering the fact the a majority number of Ghanaian voters out of Accra and the other cities can at best be described as semi-literates or illiterates, John Mahama has to do more if we have to win the elections in December.

Our main opponent, the NPP's Nana Addo is admittedly more popular with the electorates than President John Mahama as at now. Nana Addo, characteristically of all NPP and UP descendants, have been campaigning around the country since May 2009, when he infamously made the “if the economy is broke, fix it” Press Conference at the Osu Ebenezer Presby Hall. Desperately, he has toured the entire country for more than four times patronizing unsuspecting Ghanaians. Add to the fact that, he was only short of the Presidency with just a little over 40,000 votes in 2008, the NPP appear to have their “long-elephant noses” in front in the run-up to the polls.

And that is how gloomy the picture looks if one put aside his or her political spectacles. We can however salvage victory for the NDC and to the memory of the Late President Mills if we can take the bull by the horn, and flee the temptation of making the Vice President, Dr. Paa Kwasi Amissah-Arthur the running-mate to the soon-to-be-endorsed John Mahama.

One thing that the NDC can build on from the demise of the late President is the newly-revived enthusiasm of party grassroots members across the country and not the non-existence sympathy votes. With the precarious situation that we face as a Party, we need a ticket that the grass-root NDC members can identify with. The President doesn't fall short of that, but running-mate Amissah-Arthur definitely falls short of that. Save his astute economic credentials and his reported long standing membership of the Party, his name doesn't resonate with the average NDC man or woman in the hinterlands. We need a running mate that can add up to the gains of the flag-bearer and inspire the members across the country into action. Hannah Tetteh, Ekwow Spio-Garbrah, Victor Smith readily comes to mind.

Again, considering the kind of opposition that we are facing in the NPP, our ticket for December needs some kind of bold and “hard talker” to march and outwit them. H.E the President is putting on the President Mills calm and peaceful nature, and that is fine. But his running-mate should be different. The person to partner John Mahama should be one that can on his own face the NPP and their vile propaganda boot-for-boot. It should be that person that can say what John Mahama can't say; a person that can go where John Mahama can't go. The running-mate must be the person that can make the ticket complete, and respectfully, I don't see that in H.E the Vice President. Dr Paa Kwasi Amissah-Arthur is also cast in the mold of President Mills. He has that soft disposition, just like the current President. With barely 90 days to a major election, pairing two personalities with the same soft disposition on the ticket will be like offering the NPP a fine opportunity to run rout over the NDC. And certainly, the party can't afford that.

Further, the Party needs to unite in real time, if we are serious of continuing the Better Ghana Agenda Project. It will be very difficult for the NDC to retain power with the Rawlingses and their loyalists being on the sidelines. I don't see H.E the former President playing that very active role like he did in 2008. But our choice of a running-mate should be able to bring Rawlings and his loyalists closer to the campaign. Truth is, Rawlings can't be wished away in the NDC. Our running-mate should be that person that the electorates identify with the Rawlingses. And frankly speaking, that kind of running-mate is not H.E the Vice President.

Dr. Paa Kwesi Amissah-Athur should be confined to the Presidency. The government needs to work something out on the economic front as early as possible to make a case towards the elections. And the best man to lead that is Dr. Amissah-Arthur. If it is the so-called economic prowess of Dr. Bawumia that our party dreads so much, I believe Amissah-Arthur's presence as the Presidency should allay that fears. We can boldly tell the NPP that our sitting Vice President was not a mere Deputy Governor of the Bank of Ghana, but he was the Governor himself. That if it's about the Economy, then we in the NDC really have the best brains.

Keeping the Vice President focused on the Presidency will be the best thing for our Party. I expect H.E the President to start and vigorously campaign immediately after our Special Congress in Kumasi. An available and competent Vice President in the person of Dr Amissah-Arthur will be very essential in ensuring that the business of government isn't affected. And that will also mean we will have a running-mate that will also be campaigning strongly across the country. As and when the NPP and Dr Bawumia intentionally misinterpret the figures like they have been doing, Dr Amissah-Arthur can join the campaign briefly to expose them.

The task ahead is daunting, may we never deceive ourselves of that. But the NDC can't afford to let Ghanaians down by losing the forthcoming elections to the NPP. We have to go viral with our campaign and that means looking beyond Dr. Paa Kwasi Amissah-Arthur as a running-mate. Don't you think so?