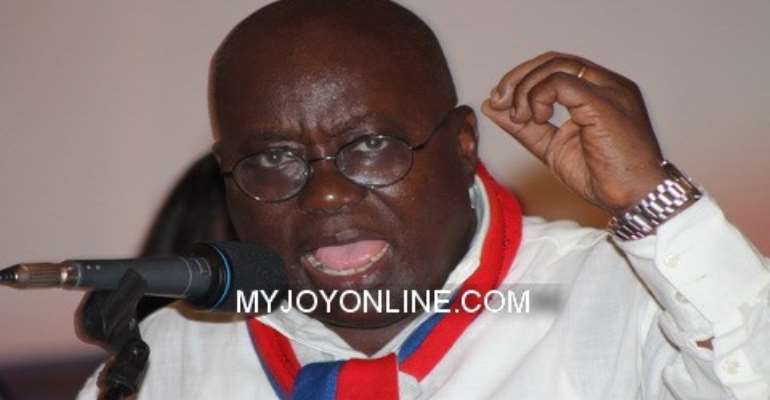 New Patriotic Party flagbearer, Nana Addo Dnakwa Akufo-Addo has called on rank and file of the party to stay in unity, and focus on the battle to wrestle power from ruling National Democratic Congress in the coming General Elections in December this year.

“I have left the presidential primaries behind. I am working with everybody to guarantee victory in December”, Nana Akufo-Addo stated, when he addressed the over 6,000 delegates from across the country who congregated at the Dome of the International Conference Centre in Accra on Saturday, for the party's Delegates' Conference.

Nana Akufo-Addo said the unity being enjoyed by the NPP must be continued in order to “vote out the incompetent non-performing NDC administration”.

“For us to be able to do so, we need to remember two things; we have to work very, very hard….All of us, to take our message of hope and prosperity to all parts of our country and all the homes of our country. The Ghanaian people are happy about the unity in our party and we must continue down that part,” the NPP flagbearer stressed.

Nana Addo described the assembly and heartwarming and tells the strong desire for victory for the NPP in the December elections.

He noted that victory for the NPP will mean an end to the bad policies by the NDC administration and usher in new policies that will transform the economy and bring prosperity to the Ghanaian.