Woyomme Succumbs - Will Appear Before PAC 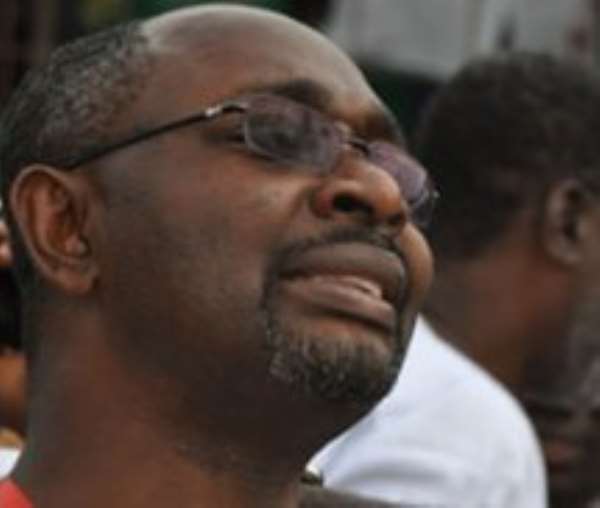 Two days after the Public Accounts Committee (PAC) decided to write to the Inspector General of Police (IGP) to produce Mr Alfred Agbesi Woyome before it, the businessman has expressed his willingness to do so on his own accord.

According to his lawyers, Mr Woyome would, however, not be willing to divulge information that would be prejudicial to the same subject matter currently pending before the Financial Division of the Fast Track High Court, the Court of Appeal and the Supreme Court.

Reacting to a decision by the Chairman of the PAC to the IGP to arrest Woyome for failing to appear before the PAC on Thursday, to answer questions on the GH¢51.2 judgement debt, one of the lawyers for Woyome, Mr Musah Ahmed, explained that the defence team was not seeking to undermine the dignity and authority of the PAC as enshrined in the Constitution.

“We are, however, willing to appear to lay grounds for postponement,” he said.

“I honestly doubt if the committee can proceed to ask our client questions without delving into the issues before the superior courts,” Mr Ahmed said.

He said “under the circumstance, the interest of justice will be better served if the committee agrees with us by adjourning its proceedings until the final determination of the subject matter by the courts”.

Mr Woyome was summoned to appear before the PAC on August 23, but he failed to do so.

Meanwhile, a formal letter from lawyers of Woyome to the Clerk of the PAC of Parliament dated August 23, 2012 said “we have just been informed by the news media that your committee has summoned our client, Alfred Agbesi Woyome, under the hand of the Clerk of the Committee, to appear before it at 12 noon today”.

“Kindly be apprised that we have acted for our client in this matter throughout and have exchanged correspondence with your committee but find it strange that you did not send us with at least a copy of the said summons to enable us to advise our client.

Further enquiries from our client also drew a blank with the answer that he has not been personally served with any such summons,” the letter stated.

It continued, “We have also verified from Messrs Peasah-Boadu & Co who confirmed that they received some correspondence from Parliament House around 11 am today. We would have thought that such summons, being significantly different from that of an invitation, will be served on our client personally and not by substitution.”

“Be that as it may we do not think our client was given ample notice to enable him to prepare and appear before the committee in obedience to the summons,” adding that “we hope you will take the necessary steps to do what is consistent with the due process as required by law.”

Mr Ahmed said although his client was willing to appear before the PAC, “we would not want our client to be subjected to questions, the effect of which will prejudice the outcome of the court case”.

Meanwhile, the First Deputy Speaker of Parliament, Mr Doe Adjaho, has overruled the decision by the Chairman of the PAC to write to the IGP to produce Woyome to appear before the committee.

Mr Adjaho contends that the PAC Chairman lacks the powers to cause the arrest of persons who refuse to appear before the committee.

Quoting Order 151 of the Standing Orders of Parliament, Mr Adjaho said it was only the Speaker of Parliament who had the power to issue a warrant for the arrest of an individual who failed to appear before a committee of the House.

Similarly, members of the National Democratic Congress (NDC) on the PAC are accusing Mr Kan-Dapaah of taking arbitrary decisions.

The Member of Parliament for Yapei and a committee member, Amadu Seidu, said Mr Kan-Dapaah could not arrogate to himself the power to ask the IGP to drag Woyome before the committee without consulting the other committee members.

Mr Seidu said he was expecting the chairman to call a meeting of members to decide what line of action to take after Woyome failed to appear before the PAC for the third time, even after he was subpoenaed.

However, Mr Kan-Dapaah has reacted strongly to comments by the First Deputy Speaker that he did not follow due procedure in ordering the arrest of Mr Woyome.

Mr Kan-Dapaah said, even though he gave the order, he knew that the proper thing to do under that circumstance was to pass it through the Speaker.

“I have forwarded the letter to the Speaker’s Office, since I know that that is how it should be done.”

He said he was aware that the Speaker was not in the country and in that circumstance the mantle would fell on the First Deputy Speaker, Mr Adjaho. graphic.com.gh