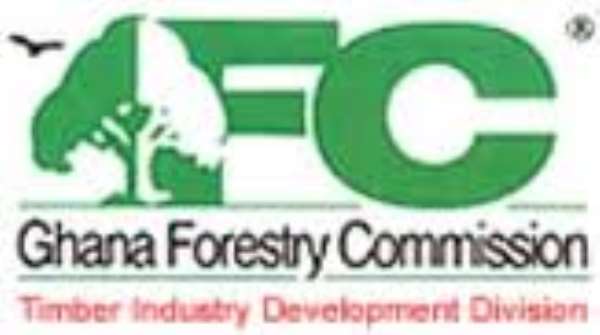 Last year, the Commission planted on a 139-hectare of land and hopes to plant 127 hectares this year.

He was briefing members of the Parliamentary Select Committee for Lands and Forestry at the start of their official tour to acquaint themselves with efforts being made to re-stock degraded reserves in the Ashanti Region at Juaso.

He said they would do everything to ensure that the trees were properly nurtured and maintained.

Alongside the enrichment exercise, they were also aggressively pushing forward with the reforestation of denuded reserves in the Juaso Forest District.

The Commission had engaged a private company, African Foresters, to establish a nursery at Akutuase near Agogo for the purpose.

Mr. Albert Abongo, Chairman of the Committee, said it was important for all stakeholders to work together to restore the nation's forest cover and promote its sustainable management.

He said he found it disturbing that some people continued to plunder the forest and its resources through illegal chainsaw and mining activities - undermining the good job the FC was doing to replenish the depleted forests.

Mr Abongo, who is the Member of Parliament (MP) for Bongo, said since the reserves served as host for game and river bodies it must not be lost on anyone that the wanton destruction unleashed on the forests was a threat to humanity.

He gave the assurance that the Committee would work hard to lobby for more resources to enable the FC protect the reserves.

Mr. Andrew Adjei-Yeboah, the Ranking Member, said as the FC embarked on tree plantations it was imperative to maintain the existing ones.

He called for timely release of funds for the reforestation programme and stiffer punishment for those, who destroy the forest.