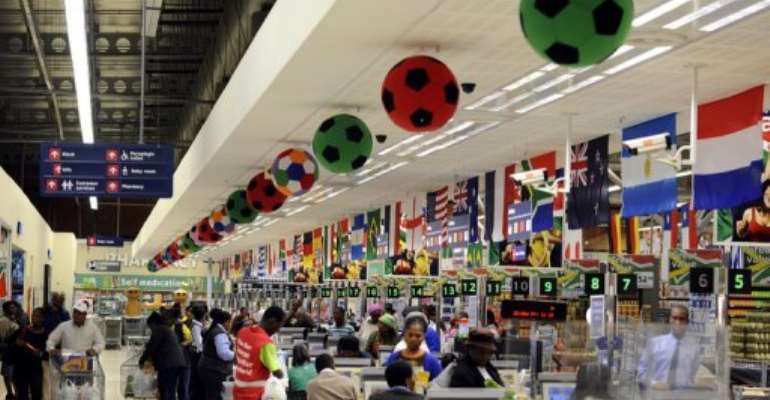 A supermarket at Maponya shopping mall, in Soweto. By Stephane de Sakutin (AFP/File)

The trade minister was given the nod to issue a notice requiring that products are marked so that buyers knew their origin is not Israel, government spokesman Jimmy Manyi told a press briefing.

"This is in line with South Africa's stance that recognises the 1948 borders delineated by the United Nations and does not recognise occupied territories beyond these borders as being part of the state of Israel," he said.

The plan has already met protests in South Africa and been slammed by Israel's foreign ministry. Local Jewish leaders said Wednesday the community was outraged over what they called "discriminatory, divisive" measures.

"At bottom, they are believed to be motivated not by technical trade concerns but by political bias against the state of Israel. All attempts to discuss these concerns, however, have come to nothing," the South African Jewish Board of Deputies said in a statement.

South Africa says its backing of Palestine stems from its own history of apartheid, oppression and rights abuses.

The trade ministry in May invited public comments on the labels, saying traders must put the tags on so consumers will "not be misled".