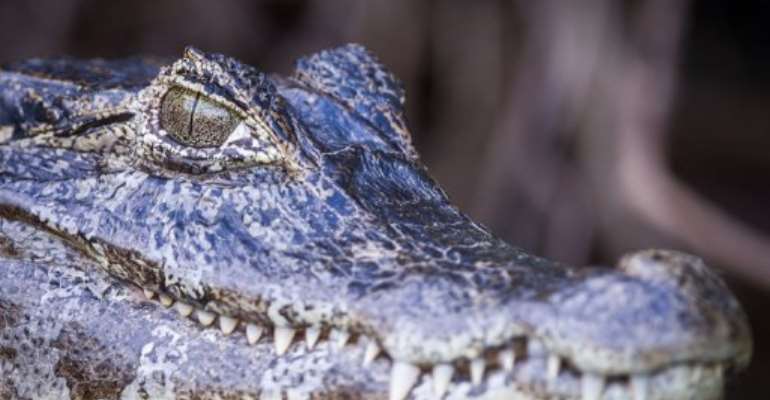 Dicko was the capital's "undisputed master of lizards". By Yasuyoshi Chiba (AFP)

ABIDJAN (AFP) - An Ivory Coast animal handler died after his cayman charges attacked him while he was posing for tourist photos, a local governor said Tuesday.

The large reptiles hauled away Toke Dicko, who was in his sixties, on Monday in the lake area of the capital Yamoussoukro.

"The incident occurred after a tourist asked Dicko to go down by the animals for photos," Yamoussoukro governor Augustin Thiam told AFP.

"The body of old Dicko has yet to be fished out," said another local source who wished to remain anonymous, adding that it was "a macabre and sad scene".

Thiam said the city would introduce security measures to avoid any more gruesome encounters between humans and the crocodile lookalikes.

We will "forbid handlers from descending down to the cayman pit, even on tourist requests, and we will ask tourists not to propose the idea to handlers," Thiam said.

Dicko, who was Yamoussoukro's "undisputed master of lizards", according to the Fraternite-Matin daily newspaper, had been in the business for 36 years and was in the process of training his son and another person to take his place.