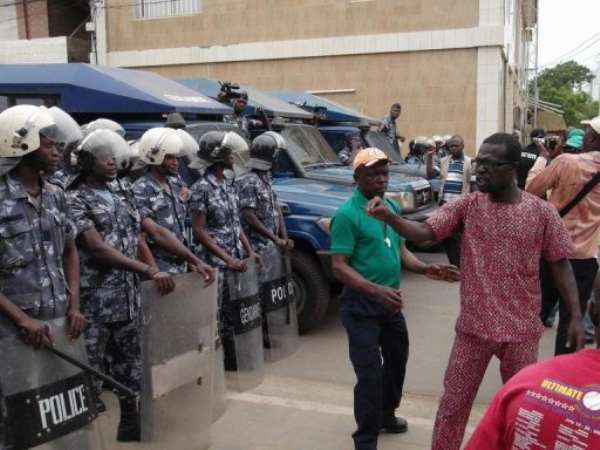 LOME (AFP) - Togo's security minister on Monday vowed that an opposition rally planned for a key district in the capital would not take place, as authorities would block access to the area.

A coalition of civil society and opposition groups called Let's Save Togo, which has led a wave of recent protests, last week called for rallies between August 21 to 23 in Deckon, a major commercial centre in Lome.

The group insisted the demonstration would go ahead as scheduled, despite the minister's warnings.

Togo's government had already announced a ban on street rallies, while on Monday Security Minister Colonel Yark Damehane said protesters would be barred from entering Deckon.

"Tomorrow, Deckon will not be accessible to demonstrators. We are going to take measures so that the march does not get started," he told journalists.

Several protests, which have come ahead of parliamentary elections expected in October, have been dispersed with tear gas in recent months, including those at Deckon. Security agents also blocked protesters' access to Deckon in June.

The security minister said a rally could not be held in the area because of the potential risks to public and private property as well as the challenges of maintaining order.

"We will do everything possible to avoid confrontation," the minister added.

A top official from Let's Save Togo, Zeus Ajavon, however insisted the protest "would indeed take place in Deckon" as scheduled.

"The statements from the security minister are null and void," Ajavon told journalists.

While the elections are expected to be held in October in the West African nation, no precise date has been set.

Togo has been run by the same family for more than four decades. Gnassingbe Eyadema ruled the country for 38 years with an iron fist until his death in 2005.

Faure Gnassingbe was installed in the presidency by the army in 2005 shortly after the announcement of the death of his father, who had been a general. He has since won elections in 2005 and 2010.