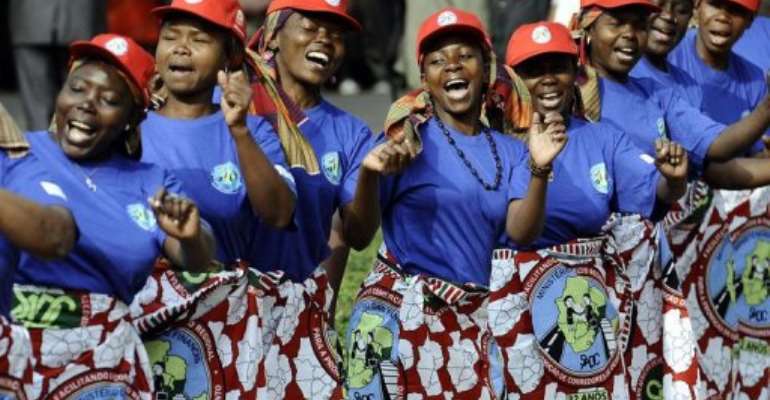 DR Congo and Madagascar will be high on the agenda for the annual SADC summit. By Stephane de Sakutin (AFP)

MAPUTO, Mozambique (AFP) - Fighting in the Democratic Republic of Congo and a political standoff in Madagascar topped the agenda of an annual summit of southern African leaders which opened Friday.

Leaders from the 15-nation Southern African Development Community (SADC) started two days of talks -- but the president of regional powerhouse South Africa, Jacob Zuma, was forced to pull out and return home, after a labour dispute at a platinum mine turned deadly and claimed 34 lives.

"We are concerned by the situation in the eastern Democratic Republic of Congo and give our support to re-establishing peace in this member of SADC," Mozambican leader Armando Guebuza told the gathering.

A quarter of a million people have fled the eastern DRC since April when a rebel group calling itself M23 took up arms against government troops.

Guebuza also said there was a need for mutual trust between Madagascar's strongman Andry Rajoelina and the man he toppled in 2009, Marc Ravalomanana.

The SADC is pushing Rajoelina and Ravalomanana to follow through on a political roadmap meant to steer the island nation toward elections.

But a key stumbling block toward polls has been Ravalomanana's return from exile in South Africa.

Rajoelina has consistently refused him entry and said last week after fruitless talks with his rival that he should never be allowed to return to power.

Ravalomanana has been convicted in absentia over the deaths of 36 protesters at the hands of his presidential guard.

"What can we do to help them achieve consensus? Let's continue to value and promote dialogue as a mechanism to move this process forward," said Guebuza.

SADC suspended Madagascar from its ranks after the coup three years ago, but the two rivals appeared before a defence, peace and security organ of the bloc on Thursday night at its request.

The regional bloc will also have to confront a brewing border conflict between Malawi and Tanzania during the talks, scheduled to end Saturday in the Mozambican capital Maputo.

The dispute erupted after Malawi last year issued an oil exploration licence to British firm Surestream Petroleum to prospect for hydrocarbons in Lake Malawi, part of which borders Tanzania.

Tanzania wants Malawi to halt the exploration to allow for talks to resolve the dispute.

"If they start fighting we are going to host the refugees," said Michael Sata, president of neighbouring Zambia.

Malawi's President Joyce Banda refused to comment on the dispute, saying the two countries were talking.

"Officials from Tanzania and officials from Malawi are meeting. It would be wrong of me to pre-empt their discussions," she told AFP.

Guebuza, who took over the rotating chairmanship of the group, did not mention the ongoing wrangles among Zimbabwe's political players over a new constitution to pave way for elections.

A frail-looking President Robert Mugabe and his prime minister in a power-sharing government, Morgan Tsvangirai, also made an appearance at the SADC organ for defence and security on Thursday night.

SADC has steadfastly maintained that Zimbabwe must hold a referendum on a new constitution followed by elections. Mugabe's party is unhappy with some provisions of the draft constitution.