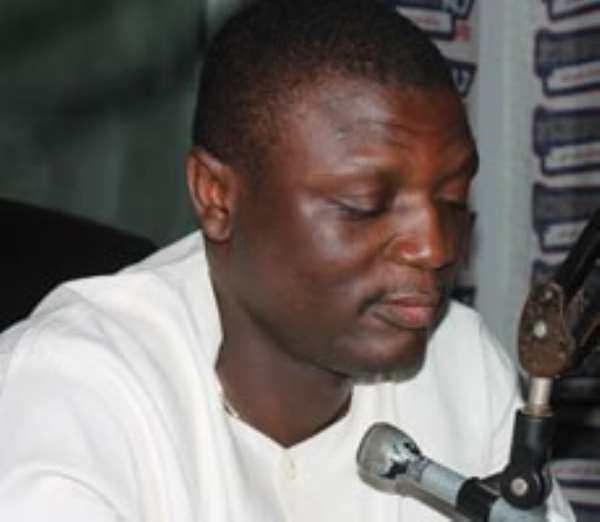 Embattled Deputy General Secretary of the ruling National Democratic Congress (NDC), Kofi Adams says the Ministry of Information must take over government communication ahead of the December 7 polls.

Mr. Adams stressed the need for government and the party to streamline its communications machinery to reflect the Better Ghana Agenda.

Many political pundits and civil society groups have reiterated the need for President John Dramani Mahama to give his communications team a new image, to reflect his demeanour.

They argued that the retention of some members in the government's communications team they claim are noted for their excessive use of intemperate language, would affect the ruling party's chances of retaining power in December.

Commenting on the issue, Kofi Adams bemoaned what he says is the haphazard manner communicators of both government and the NDC handled sensitive issues of state.

“Communication has been a major pain of the NDC government and even the party by extension” he added.

Mr. Adams cited how government communicators handled the issues about the death of President John Mills and even the mysterious 'everlasting message' purported to have been written by him [Mills]as examples of the unfortunate blunders.

The suspended NDC General Secretary also took a swipe at Ministers of State whom he said had abandoned their core duties and are moving from one radio or television station to the other in the name of defending government.

According to him, these Ministers who most of the time do not have any knowledge about the issues under discussion, are flawed by the opposition.

“It is better to allow one person to speak for government than to have many voices creating discordant noises,” he maintained.

He was of the opinion that the Information Ministry should rather organize the responses to the opposition when necessary, whiles the Ministers focus on responding to policy matters and programms duties.

Kofi Adams urged President Mahama to stamp his authority and sack persons painting a bad image of government, to reduce the damage control.

'Give peace a chance', ICoast ex-president tells police
25 minutes ago