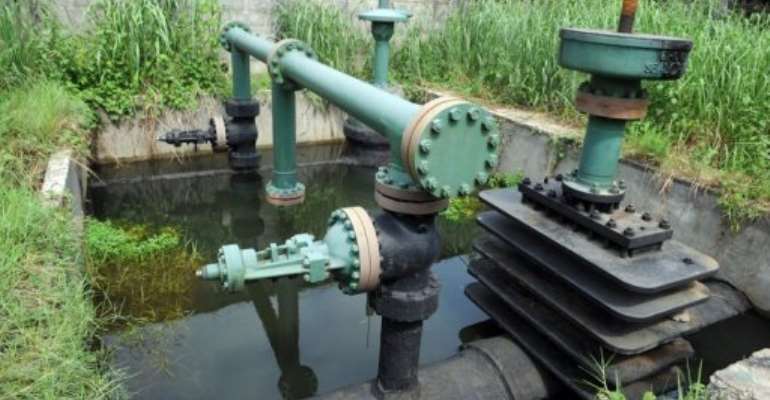 A Shell oil secured inlet manifold is seen in the Niger Delta swamps in 2010. By Pius Utomi Ekpei (AFP/File)

YENAGOA, Nigeria (AFP) - Shell said Thursday it had shut down an oil processing facility in southern Nigeria over a pump failure, but denied reports that a significant amount of oil had spilled in the area.

The flowstation in the Nembe Creek area of Bayelsa state was closed on Wednesday, the Anglo-Dutch company said.

It said "some oil escaped from the seal into the saver pit in the flowstation, with some sheen observed (in the area). The pump has been repaired."

Nigerian NGO Environmental Rights Action sent a team to visit the site Wednesday and reported that there was a spill. The head of the group, Nnimmo Bassey, described the spill as extensive.

"It is shameful that Shell could indulge in an exercise of trying to hide what even the blind can see," he told AFP.

"The spill is extensive and very visible on the waters -- on the Brass River and is reported to be flowing into the Atlantic Ocean," he added.

Areas of the oil-producing Niger Delta region have been badly polluted by decades of spills due to a range of factors, including sabotage by thieves or militants as well as operational or maintenance faults by the oil companies.

Activists say companies such as Shell, Nigeria's biggest producer, have not done enough to prevent leaks.