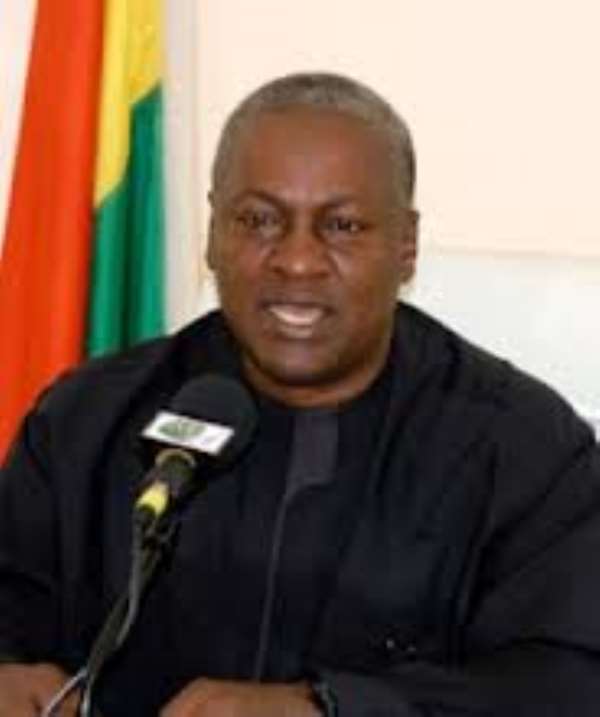 President John Dramani Mahama, on Tuesday, appealed to Ghana heads of missions to use their positions to advance and achieve the country's foreign policy objectives.

He said Ghana's foreign policy, which had been carved over the years, remained the same, and it was the responsibility of high commissioners and ambassadors to translate those policies into workable documents for Ghana and the countries in which they were serving.

President Mahama made this appeal when 29 of Ghana's high commissioners and ambassadors called on him at the Castle, Osu.

The heads of missions, who had been in the country since last week to attend the funeral of the late President John Evans Atta Mills, were at the Castle to congratulate President Mahama on his assumption of the highest position as Head of State, and to pledge their support to work closely with him.

President Mahama said the government would engage the Ministry of Foreign Affairs to draw up a comprehensive programme to take inventory of all the property of Ghana outside, assess their challenges, and develop a holistic approach towards resolving those challenges.

He said the government was committed to maintaining all her bilateral agreements, and urged the heads to respect all protocols that would enhance mutual benefit and raise the image of Ghana in the eyes of her peers around the world.

The President said diplomatic positions were becoming dynamic, because of the daily changes that were inherent in such positions, and charged them to be innovative in order to become abreast with current trends in international diplomacy.

Professor Kwaku Danso-Boafo, Ghana's High Commissioner to the United Kingdom, on behalf of his colleagues, pledged their support to work with President Mahama to deliver the government's foreign policy objectives.

He also expressed the confidence of the group that President Mahama would live up to expectations, mainly because of his background and experience as an astute politician. – GNA

Section of N1 Highway to be blocked for GRIDCo’s stringing w...
41 minutes ago