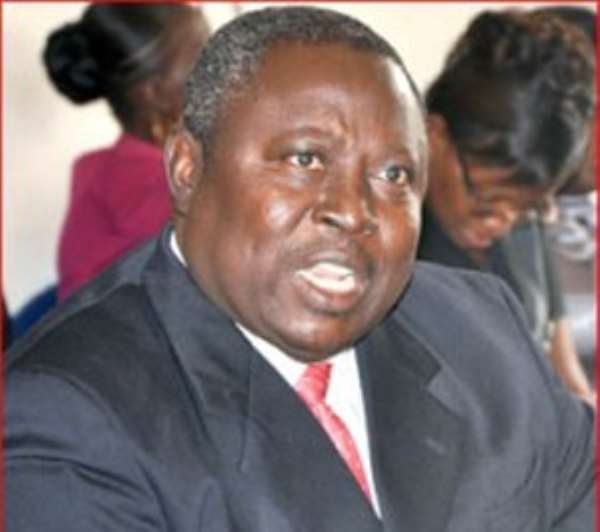 Does Article 26(1) of the NDC Constitution standing and read alone apply to a sitting Vice-President who was never elected at the previous National Congress as the flag bearer that contested the elections that brought the government referred to in the sub-clause (1) to power but assumes office by virtue of the inevitable death of the sitting President under Article 60(6) of the 1992 Constitution? Does Article 26(2) of the NDC Constitution which states that: “Where the President of the Republic is not elected a flag bearer, a person elected as flag bearer of the party at any time prior to the election is the leader of the party” not reinforce the fact that the President referred to in Article 26(1) is a President who had been elected a flag bearer as Professor Mills had been at the NDC Congress of 2006, for the 2008 Presidential Elections, and in July 2011 for the 2012 Presidential Elections?

Will the NEC not be accused of unconstitutional acts and conduct in equating the right of the sitting Vice-President to assume office as the President of the Republic for the unexpired term of the office of the deceased President with effect from the date of his death with a right to assume the leadership of the Party without any previous endorsement by the National Congress at its previous meeting? Does the selective and out of context interpretation of Article 26(1) of the NDC Constitution not send signals of arbitrariness and impunity when the NEC takes such an important decision and imposes it on the generality of the citizens of Ghana who have a right of expectation under the 1992 Constitution and the NDC Constitution that, in running the affairs of the Party, the NEC will observe internal democratic principles?

Are there any lessons to be learnt from the consequences of the Swedru Declaration and the subsequent fracture of the NDC in the 2000 Presidential Elections leading to the formation of the National Reform Party? Are there further lessons to be learnt from the rapture from the Korforidua NDC Congress which also led to the formation of the Democratic Freedom Party? Does the NDC have to court destructive internal conflict and disunity by handling the transition to the election of a new flag bearer to represent the Party at the 2012 Election in a manner that may raise disaffection and dissatisfaction in some members as experience has shown?

It would appear that those in control of the NDC, for the time being, were bent on excluding other bona fide members of the Party who may wish to lay democratic claims to who becomes the next flag bearer of the Party by excluding them even before the mortal remains of the demised President were interred. It is also symptomatic of how political party elites in Ghana and Africa worm their way into the confidences of persons perceived as likely to ascend to power positions for purposes of eventual personal economic gain at the expense of the generality of the mass of Party members and the Nation which every President swears to serve under the Constitution.

It is with the lense of this attitude of the self serving political elite, as distinguished from the nationalistic and democratic political elite, that I see the attempts by those persons falling over themselves to ignore the letter and the spirit of the NDC Constitution to give the transitional President the impression that it is right to anoint him as leader and flag bearer pending acclamation by the National Congress. Like the Congress of the former Communist States, the NDC National Congress is being called now on 31st August 2012 just to endorse the candidature of one person who has ascended to the balance of President Mills' term as President because of a force majeure. Yet we are being told that for others the demise of the late President is not a very welcome and prayed for blessing to be exploited for personal power and glory.

But as a result of the death of the sitting President and the mandatory assumption of that office by the Vice President, the NEC decided that there was no provision in the NDC Constitution which deals with the election of a Presidential candidate following the death of one elected within the periods stipulated in Article 44(a). They made a decision to endorse the new President as the leader of the Party, and the flag bearer in waiting allegedly pursuant to Article 50 of the NDC Constitution on the residual powers of the NEC to make regulations only.

The requirement that political parties be governed by internal democratic principles necessarily requires that the regulations to be made by the NEC will be published for discussion by the various branches and organs of the party before they are enacted and published as valid and binding regulations. The right of citizens to join and participate in political party activities would be set at naught if the NEC could just meet in a room, enact constitutional regulations altering stipulations in the Constitution without due process and publication of same to its members. Indeed the spirit of the 1992 Constitution requires political parties to furnish to the Electoral Commission copies of such constitutional regulations just as they furnish the Electoral Commission with a copy of their Constitution and amendments thereto.

We are just a few days to the new date of 31st August 2012 when the NDC National Congress will be convened in Kumasi, the Ashanti regional capital, at great Party and public expense to endorse the transitional President as the only choice of the strongest political elite, for the time being, in control of the NDC as the Party's flag bearer for the 2012 Elections. I am not aware of any constitutional regulations pursuant to Article 50 the NEC has enacted to take care of whatever omissions or perceived gaps there are in the NDC Constitution.

The letter and the spirit of the 1992 Constitution and the NDC Constitution are both binding on the NDC and demand that citizens who are members of the Party are treated by the strongest political elite in control of the Party, for the meantime, with utmost respect by making requisite information available to them within a reasonable time before the National Congress. Any political party that does not allow its members access to critical information and rules that will affect the exercise of their democratic right of choice of a flag bearer in a democratic and transparent manner in accordance with Article 55(5) of the Constitution will be acting in a manner inconsistent with and in contravention of the 1992 Constitution, and the Party Constitution.

I speak out now so that I may not be counted among what self serving elite politicians take the mass of the national population for – a herd that unquestionably swallows what ever is put out there in the name of the Party and be led by the nose. Reasoned argumentation is the only way by which group dynamics can be sustained in any political party respecting the rights of its members, the rule of law, democracy and liquidating the impunity of what Marx Webber calls the controlling political elite.

I have had my say by writing this statement. I pray that even those who may disagree with what I have written will respect my right as a citizen of Ghana to articulate my perceptions on such matters of fundamental national and public importance and interest in the market place of political discourse to aid fellow citizens in making informed choices in defending the 1992 Constitution as mandated by Article 3 thereof. I welcome clearly written and convincing opposing views to my perspective to enable informed choices to be made by the citizen. Personal attacks on radio or in writing will constitute a clear diversionary tactic and a demonstration of the lack of an ability to engage in reasoned debate on matters of public and constitutional importance. No democrat should welcome such primitivity in the politics of today's Ghana.

The author has 74 publications published on Modern Ghana.