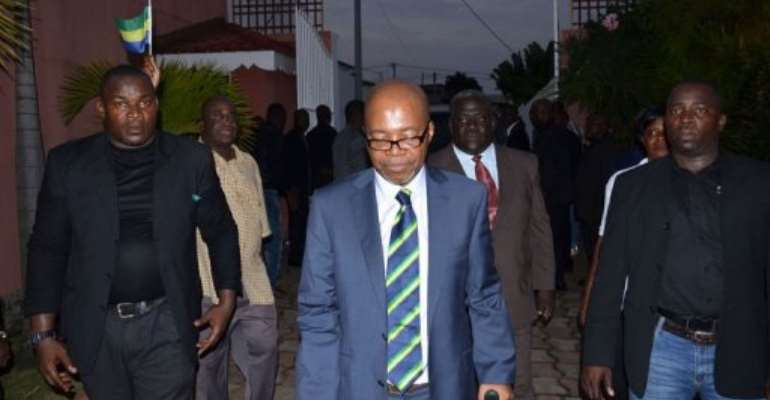 LIBREVILLE (AFP) - Clashes broke out Wednesday in Gabon's capital Libreville when police broke up an unauthorised protest in support of the country's main opposition leader, leaving at least 10 people injured.

Young people threw stones at police who fired tear gas to break up the violence which erupted at around 1400 GMT.

Several protesters were arrested and police also dispersed at least 2,000 other supporters of the National Union party leader Andre Mba Obame who had gathered at Libreville's United Nations base.

Mba Obame, a former member of the ruling party who defected to the opposition, left Gabon in 2011 after declaring himself elected head of state, refusing to recognise the electoral victory of Ali Bongo in 2009.

His National Union party was subsequently dissolved and therefore does not have the right to organise demonstrations.

However, it called a demonstration on Wednesday in the centre of Libreville but did not have official authorisation to do so.

Hundreds of supporters had turned out to welcome Mba Obame back to Gabon at the weekend after a 14-month convalescence in France.

Accused by authorities of seeking to destabilise the central African country, Mba Obame faces "from two months to a year in prison" if convicted of public order offences.