MILLS DIED; DRENCHED IN HIS OWN BLOOD 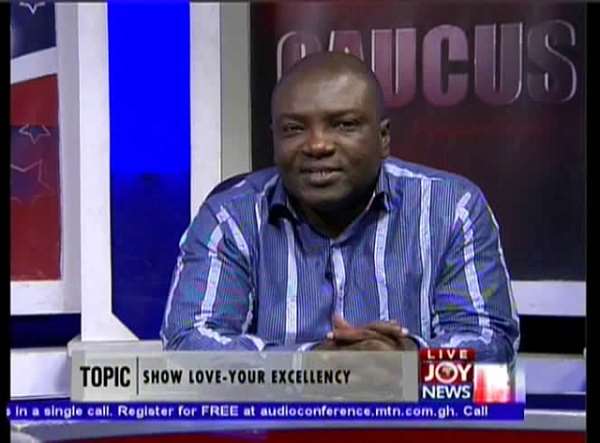 Editor-in-Chief of the Daily Searchlight, Kenneth Adjei Kuranchie has added his voice to the call for a Coroner's inquest to ascertain the real cause of, and events surrounding the death of the Late President H.E. John Evans Atta Mills.

Speaking on Multi TV's current affairs programme Minority Caucus, Mr. Ken Kuranchie stated that a number of very worrying and even suspicious happenings leading to the death of President Mills necessitates some forensic enquiry into the whole matter.

It will be recalled that following the inconsistencies in reports surrounding events leading to President Mills's demise, various sections of society including the Ghana Medical Association (GMA) have called for a Coroner's inquest into the matter, something the John Mahama-led administration is vehemently against.

But according to Kenneth Kuranchie, his investigations into the whole matter have revealed some suspicious happenings at the seat of government which should necessitate a full-scale enquiry into the late President's demise.

Touching on some of his investigative findings, the Daily Searchlight Editor stated that, the late President Mils was conveyed to the 37 Military Hospital in the back seat of a Small Utility Vehicle (SUV), drenched in blood. “He was in a sitting position, with his hands clasped together and his head bowed, drenched in blood from his mouth and nostrils, and very much dead”, he said. Ken further revealed that the few people, who made contact with the late President's lifeless body in the back of the SUV, included a Warrant Officer, and a lady Lieutenant Colonel who is a medical officer. The lifeless body of the late President, according to him, was conveyed to the hospital in the SUV, by two civilians, without the benefit of any form of medical care, or even a dispatch rider.

Ken Kuranchie also hinted of snippets of information from the Office of the President which suggests that the Close Captioned TV (CCTV) cameras in President Mills's office “intentionally malfunctioned” around the time of his death. Security tapes from the CCTV cameras, for the rest of that fateful day also seem to have evaporated.

Whilst the President's sister, Madam Araba Quarshie states that she was informed that Mills had been rushed to the hospital at 1.15pm, the post-mortem report stipulates that President Mills died two clear hours before he was brought to the hospital at 2.15pm, making the time of death around noon. Again, in his tribute, the NDC Chairman, Dr. Kwabena Adjei indicated that President Mills died on the morning of the Black Tuesday. “Goodluck” President John Dramani Mahama has also stated that his predecessor died Tuesday afternoon at 2.15pm after a short illness.

Indeed, the many inconsistencies and extensive attempts by the Mahama-led government to shroud the issue in secrecy is causing well-meaning Ghanaians to suspect foul play, as in his frail and feeble state, President Mills would have been an albatross around the NDC campaign to December 7.

Meanwhile, the opposition New Patriotic Party and other civil society organizations have called on President John Mahama, the major beneficiary of Mills's demise to launch a full scale enquiry into the matter, to at least unburden his conscience of his first coup de tat (?).

The time and place of death however, remain unknown.