The Alleged Last Words of The Late Prof Mills: Let The NDC Tell It To The Marines! 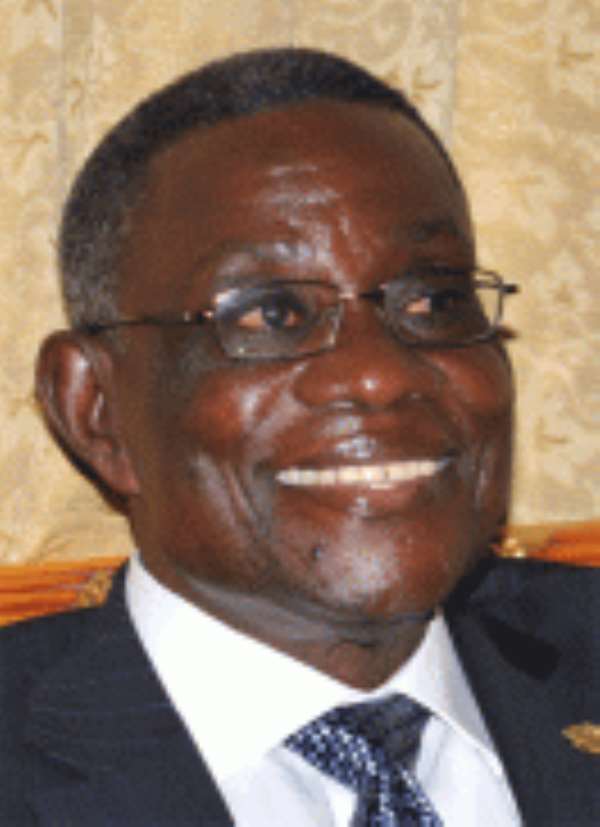 There's a certain unwritten code in the Ghanaian ethos and that is: we do not speak evil of the departed in our society. Our customary ethics enjoins us to accord utmost respect to those who have travelled up yonder. Hence upon the death of an individual, we do not play 'God' to condemn those persons no matter the lifestyle they led. We leave God Almighty to be the final arbiter and judge on the lives of those individuals and that's why we do not speak evil about them. So what we do as Ghanaians, in those circumstances is to join hands together in mourning. However, the death of the late President has got the NDC churning out horrendous lies just to milk a “supposed sympathy votes” in the December general elections. They are making a “god” out of him. The way they are going on about is going to end up offending some people. In their desperate desire to cling on to power, they are almost elevating the late Prof Mills to the status of Jesus Christ! As for the so-called “everlasting message”, “adabraka”! Apologies to Kwesi “Kweku Ananse” Pratt! It almost a masquerade!

Like many Christians the world over, I take the word of God seriously and therefore and try to abide by the teachings therein. When the late President was live, I was one of the few people who had the jitters anytime he was referred to as the “Asomdwee Hene”; a title borne by Jesus Christ. As we were continually told the late President was “a staunch Christians”, it baffled me he never protested that title whenever his hangers-on referred to him as such. True Christians know that God is a “jealous God” who does not share His glory with any spiritual being let alone a mortal like you and me!! Yes “jealousy” is not a pleasant feeling neither to the one who feels it nor the one directed against. In fact “Jealousy” is an ugly word. William Shakespeare refers to it as the “…the green-eyed monster,” in Othello. Richard L Strauss also said; jealousy “...has overtones of selfishness, suspicion, and distrust, and implies a hideous resentment or hostility toward other people because they enjoy some advantage…” However, “jealousy” becomes an attribute of God as we read in Exodus Ch 20:4-5. It states clearly that: “You shall not make for yourself an idol, or any likeness of what is in heaven above or on the earth beneath or in the water under the earth. You shall not worship them or serve them; for I, the LORD your God, am a jealous God” (Exodus 20:4-5). I'm not in any way saying that the title “Asomdwee Hene” the President accepted played any role in his demise. That notwithstanding, I believe it when I read in the same Bible that King Herod was “struck dead” by strange illness whilst strutting his stuff when his people referred to him as “god” and he did not protest. Acts Ch 12 v 21&22: “On the appointed day Herod, wearing his royal robes, sat on his throne and delivered a public address to the people. They shouted, 'This is the voice of a god, and not a man.” Immediately, because Herod did not give praise to God, an angel of the Lord struck him down and he was eaten by worms and died.” (NIV).

It is worrying though that even in death; the NDC is still so desperate to create a god out of the late Prof Mills; the intent of which is to score cheap political points. What they are doing right now would have the boomerang effect on them. They are almost making a mockery of the good Professor just as they cocooned him at the castle before his sudden death. They are doing so many things which borders on touching on the religious sensitivities of Christians. A lot of the many things they have said do not add up and are continually inconsistent with the previous lie they told. One would have thought they would let the old man have his deserved rest than subject him to needless opprobrium. According to Dr Cadman Mills (the President's own brother) and other sources, the President died of “massive stroke”. Then again, the head of the President's family has also said that the President died bleeding from the nose and mouth. So the question is: at what point did the late President raise his hands and said: "God, I give it all to you."? Was it before or after he suffered the “massive stroke”? Then comes the small matter of the so-called; “everlasting message” the President allegedly wrote before his death which reads: “I came to serve; I have finished my time here on earth and have moved on to everlasting rest and celestial duties with my heavenly Father. “As you leaf through these pages of my life's story, I pray to God that it touches you in many positive ways. Weep not; for I am not dead. I am alive in and awake in the Lord. Ghana will not die; Ghana will live to declare the works of the Lord. As I rest in the perfect peace in the celestial realms with my Maker, I pledge to always uphold and defend the good name of Ghana. Remember the Lord in all your ways and He will protect you. Stay well my brothers and sisters, for I will always be with you.” This is the handiwork of a bunch of opportunist led by Dr Cadman Mills himself and his cohorts who are bent of maximising the demise of the Professor for their selfish ends! In fact, Dr Cadman Mills and his fellow blood sucking opportunists should all bow their heads in shame!

“Stroke” occurs when the blood supply to the brain is interrupted or blocked for any reason, the consequences are usually drastic. Control over movement, perception, speech, or other mental or bodily function is impaired, and consciousness itself may be lost. Disruptions of blood circulation to the brain are known as “stroke”; a disorder that occurs in two basic forms both of which are potentially life-threatening. The second basic type of stroke is bleeding stroke or cerebral haemorrhage. It occurs when a brain aneurysm ruptures or when a weakened or inflamed blood vessel in the brain starts to leak. An aneurysm is a pouch that balloons out from a weakened spot on the wall of an artery. As blood flows into the brain, the build-up of pressure may either kill the tissue directly or destroy cells by impeding normal circulation and oxygen supply to the affected region. This typically produces an excruciating headache, sometimes followed by loss of consciousness. With the above background to “stroke” established, Dr Cadman Mills who is conducting this shameless infantile orchestra about his own brother's death should answer these basic questions. Did the President actually write the one hundred and twenty-six worded and signed note before he had the “massive stroke” or after? And if the President had a period of bleeding from the nose and mouth as per the latter's “Abusuapayin”, then how come there was not a single blood-stain on the sheet? How could someone who had suffered “massive stroke” shortly before his death be so articulate? How did he manage to write after the “massive stroke”? And if the “everlasting message” was written before he suffered stroke, then what pre-empted our late President who was as “fit as a fiddle” to write a note about mourners leafing “through the pages of” his life as if the funeral was taking place there and then? The NDC must end this farcical circus! This infantile kidology should cease!! If the President was so unwell and yet was sat at his table comfortably writing the above words and yet no one at the castle had the presence of mind to seek medical help then Ghana is in safe hands indeed!!

Then again a critical look at the humorously christened “everlasting message” shows lack of critical thinking on the part of the author who had obviously perfected the signature of the late President in particular and the NDC in general. I implore the law enforcement agency to investigate this signed message to fish out the criminal behind that message. That person must be found and prosecuted. Only God knows how many documents that person has signed on behalf of the late President. The part of the message which reads: “… I have moved on to everlasting rest and celestial duties with my heavenly Father,” is very interesting indeed! Had the President died then to write that line then? In any case, how could the late President predict that he was going to be assigned some form of “celestial duties…”? Whoever wrote this sought to make the late President look even more powerful than Jesus Christ! Most importantly, the phantom who signs as the late President continued: “As I rest in perfect peace in the celestial realms with my Maker, I pledge to always uphold and defend the good name of Ghana…” “Uphold and defend the good name of Ghana” even up there as well against whom? Sani Abacha or Mobutu Sese Seko? Aaaabah NDC!! Are you this desperate? Please leave the late President alone! Needless beatitude and mystifying the death of the late President is already chipping away at his supposed legacy.

I will like to state once again that the state's investigative bodies ought to commence investigation into finding out the individual who penned the message and signed the late President's signature beneath it. That phantom may have signed a lot of state documents behind the back of the President when he was even alive. Secondly, I would like to caution those seeking to make god out of the late Professor Mills to be very careful not to wreak the wrath of God upon themselves because the Lord God Almighty, is a jealous one who does not share His glory with anyone!! Whilst they ponder over these words of caution, they should tell their so-called “everlasting message” story to the marines. Ghanaians are too clever to swallow these jumble-mumble afterthoughts of a drunken comedian's everlasting joke!