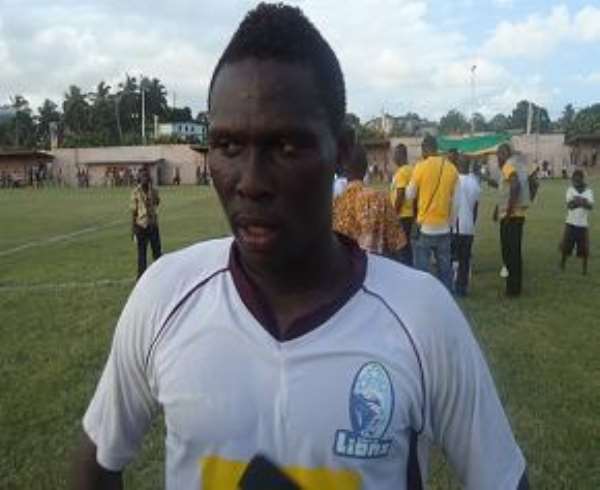 Hearts of Oak have signed striker Gilbert Fiamenyo for an undisclosed fee from Heart of Lions, MTNFootball.com can exclusively reveal.

Fiamenyo becomes the second big-name signing for the Phobians after defender Seth Owusu reached a deal to move from Medeama SC on Wednesday.

'I can confirm the capture of Gilbert Fiamenyo and Paapa Hayford to you,' the club's Chief Executive Crentsil told MTNFootball.com

'Our transfer activities are strategic and at our own pace. We want to improve the side for the coming season.'

Hearts want to fortify their squad for the upcoming campaign after ending last season without silverware. The club has not won the Ghana Premier League since 2009.