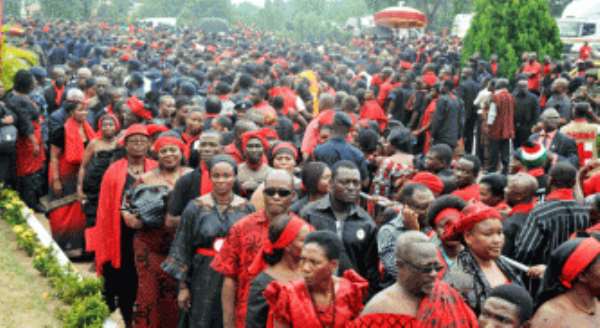 A total of GH¢663,850 had been realised in monetary donations towards the funeral of the late President John Atta Mills as of Thursday, August 9, 2012.

Additionally, President Alassane Ouattara of Cote d’Ivoire made donations amounting to CFA 10 million to a number of chiefs from the Central Region, the bereaved family, as well as Dr Ernestina Naadu Mills, widow, and Mr Sam Atta Mills, son of the late President Mills.

A statement signed by a Deputy Information Minister, Mr James Agyenim-Boateng, said Goldfields Ghana Limited has made a pledge to construct an ICT centre at a cost of GH¢200,000 at Huni Valley Methodist Basic School, the alma mater of the late President Mills.

The ICT centre, on completion, will be named after the late President Mills.

The statement said the Funeral Planning Committee also received a variety of items ranging from assorted drinks and food items to souvenirs.

It said 58 companies and individuals made donations towards the organisation of the funeral. graphic.com.gh