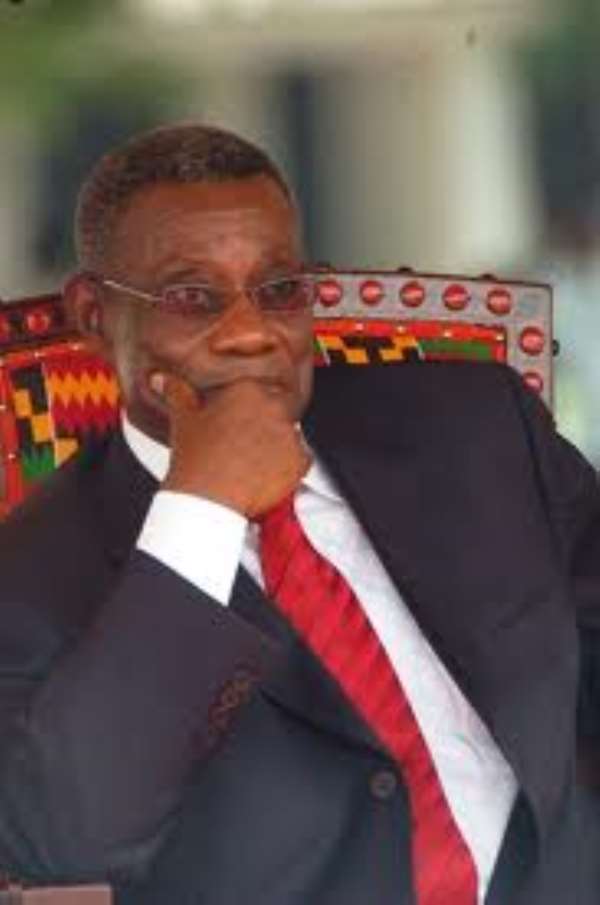 Winneba (C/R), Aug 10, GNA - The Effutu Municipal Assembly on Friday organised a funeral service at the Liberation Square in Winneba for the late President John Evans Atta Mills, who died on Tuesday July 24.

The programme was attended by a cross section of people in the Municipality including, workers, clergy, assembly members, traditional rulers.

Before the service, the mourners held a wake-keeping on Thursday evening in memory of the late President.

Reverend Buabeng Odom, Superintendent Minister of the Winneba Diocese Methodist Church Ghana, said there was the need for Ghanaians to sacrifice and show dedication to duty as their contribution towards the development of the nation.

He said as people “we should add value to all that we do to bring growth and development, since one day our maker will also call us to rest”.

In their tributes to the late President, representatives of the Effutu Municipal Assembly, the Effutu Constituency of the National Democratic Congress, Assembly Members and the Effutu State described him as God fearing, honest, dedicated and selflessness person.

They said the people of Effutu Municipality will forever remember the late President for the numerous development projects the area enjoyed during his administration.

Ghana not likely to get next batch of COVID vaccines until m...
47 minutes ago