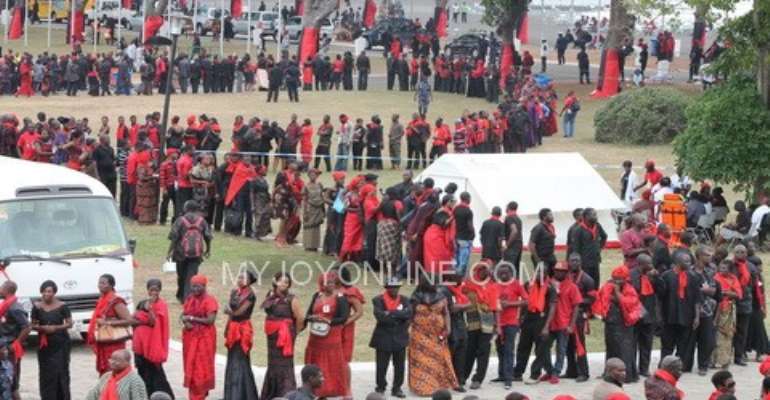 The New Patriotic Party has blamed President Mahama and Directors of Ghana Broadcasting Corporation, for deliberately not capturing their presidential candidate Nana Addo Danquah Akkufo-Addo in the television coverage on the first day of the presidents' funeral.

A member of the NPP communication team Nii Kwarteri Titus-Glover said the NPP was shocked at the attitude of the state broadcaster and will file a complaint with the National Media Commission in order to correct it.

He described the development as unacceptable, knowing that the state broadcaster is funded with tax payer's resources.

Mr. Titus-Glover said they have the feeling the camera crew was probably took instruction from higher authorities.

He challenged the president to come out and state his position on the issue if he had nothing to do with it.

The member of the NPP communication team rejected the suggestion that the cameras may have missed Nana Addo Danquah Akkufo-Addo because he was short in height; rather he said it was impossible for other members of Nana Addo's delegation to be captured but missed Nana Addo.

Government extends electricity to seven communities in Savan...
30 minutes ago