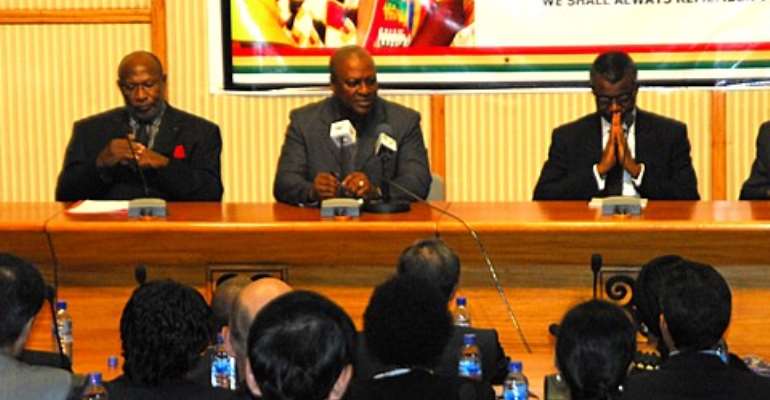 Over ten delegations including some Heads of State have arrived in the country ahead of tomorrow's final funeral rites of the late President.

Presidents of Namibia, Sierra Leone, Niger and the Vice President of Kenya are a few of the heads of state already in the country.

Some other countries including DR. Congo, Gabon, India, Algeria, Zambia, Canada, Ethiopia and China have either sent their Speakers of Parliament, Foreign Ministers or their special envoys to join Ghanaians pay their last respect to the late President.

The special envoy to the Chinese President, Li Liguo who arrived Thursday said the Chinese people have been saddened by the death of President Mills.

Receiving the Chinese delegation, President Mahama said Ghana and China had over the years enjoyed good relations, and the Government would strengthen that relationship by adhering to the previous bilateral agreements that had been signed.

“I want to say that China is not only a good friend of Ghana alone, but the entire African continent as she has pledged to provide financial support of billion to African countries for the next three years.”