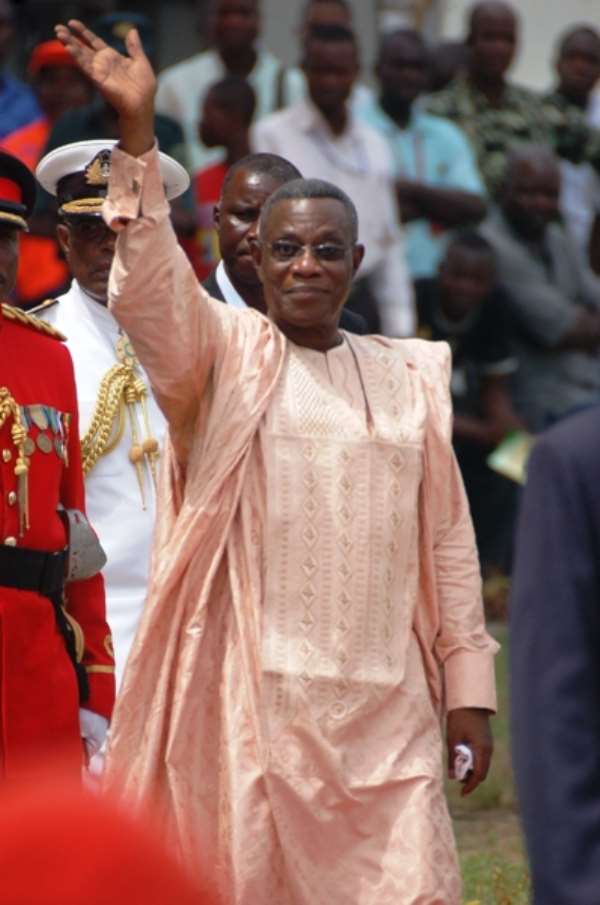 A dummy mortal remains of the late President Mills lie in state and expected to be buried on Friday in conformity with the national programme of burial activities.

Multitudes of residents from the traditional area filed past the dummy solemnly, which is “heavily” guarded by the Asafo groups amidst firing of musketry, wailing, weeping and crying.

This development was preceded by a five-kilometre procession by the entire Asafo groups from all divisions of the traditional area, who spotted war outfits with others clad in red and black parading the main streets from Agbesia through to Kame and finally berthing at Duga for the funeral rites to commence.

Mr David Anumah, Assemblyman for the area told the Ghana News Agency that the event was the area's contribution, commemoration and offering of the last respect to the late President Mills.

Togbega Agboka V, Paramount Chief of the Traditional Area in a tribute eulogized the late President as a peace-maker, teacher, economist, who brought political modesty, tolerance and humility to bear on the highest office of the land.

He said reference would always be made to his supplication to Christ, which rekindled throughout his stewardship.

Togbega Agboka entreated Ghanaians to honour the late President Mills by comporting themselves before, during and after the general elections in December.

Meanwhile similar events including candle light vigil were held at Kpando and Anfoega to commemorate the funeral of late President Mills.