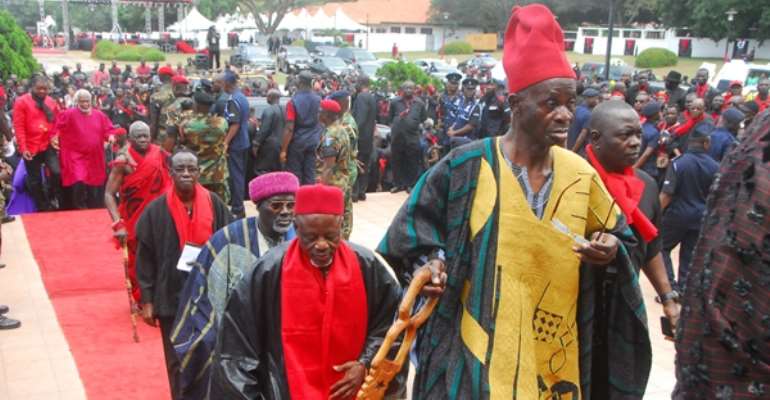 Accra, Aug. 8, GNA - More than 50,000 people are expected to attend the burial service of President John Evans Atta Mills at the Independence Square in Accra on Friday, August 10.

A source close to the Funeral Planning Committee told the Ghana News Agency in Accra on Wednesday that about 60 dignitaries from other countries made up of Heads of State and governments or their representatives are expected.

It said the Committee had made provision for 100 VIPs from Ghana and outside as well as 500 local and foreign media.

The source said the casket containing President Mills would be placed at the centre of the square to make it easier for invited guests to file past it.

It appealed to people who would throng the Independence Square to comport themselves as bad behaviour would not be tolerated.

The source said National Security which would be in charge of security at the Independence Square and had put in place measures to ensure that there are no security hiccups.

The Police and Military Bands as well as the Winneba Youth Choir would perform during the service.

We'll resist any attempt to impose Kennedy Kankam on us as K...
40 minutes ago