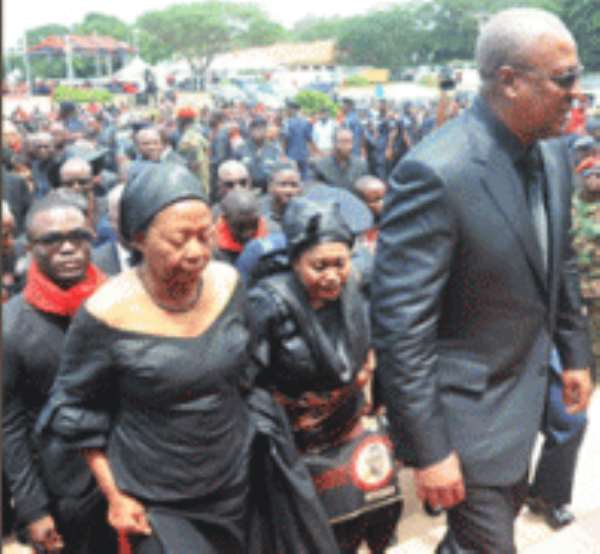 President John Dramani Mahama today led the country to begin ceremonies to say the final farewell to his predecessor, President John Evans Atta Mills, who passed away on July 24 at the 37 Military Hospital in Accra.

President Mahama, who arrived at the State House with his wife, Lordina, just after 11:00 hours, was dressed in a black suit and tie.

President Mahama was the first to pay his last respect as the three-day State funeral started.

Scores of dignitaries from across the world are expected to attend the funeral. They include African Union Chairman Benin’s President Yayi Boni, Economic Community of West African States Chairman, Ivorian President Allasane Ouattara, as well as the Presidents of Nigeria, Togo, Burkina Faso, Senegal, and Tanzania.

US Secretary of State Hillary Clinton is also expected in Accra.