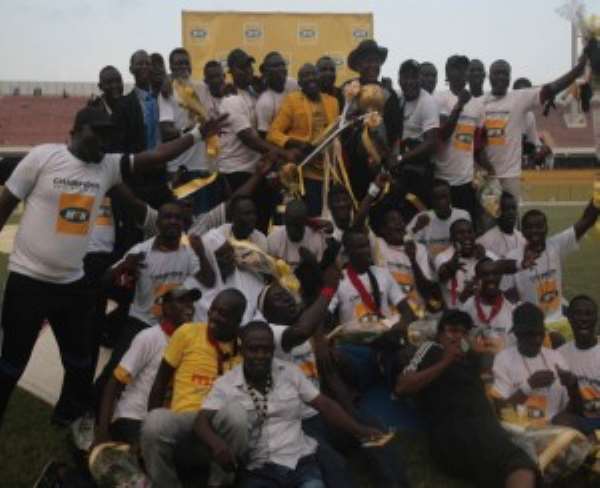 The MTN Ghana FA Cup champions have lost key players in the transfer market this summer after selling Mumuni Abubakar and Emmanuel Baffour to Sundows and Moro Ibrahim to AIK Stockholm.

Edubiase look depleted before the start of the new Ghana Premier League on October 7 but they are ready to spend.

'We have sold some of our players but that did not deter us from winning the cup as you saw even the new players are ready to fill the gaps,' Commey said.

'But that notwithstanding, the African competition is very different from the league and cup matches so we have planned to make certain strategic signings.

'So they will infuse into the team as soon as possible so they can gel before the season starts and  we kick off in Africa.'  Edubiase produced last season's top scorer Emmanuel Baffour with 21 goals.

Eligibility Age to become President of Ghana: Lessons from t...
39 minutes ago