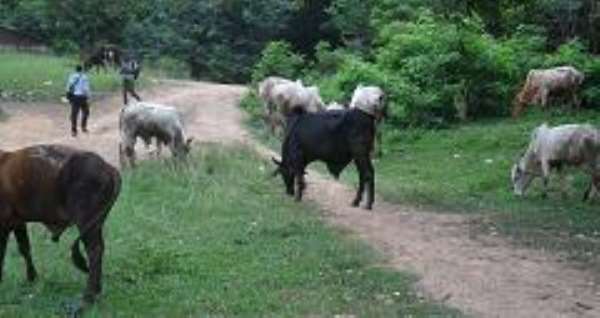 From Sebastian R. Freiku, Kumasi
The Afia Kobi Serwaa Ampem Library, which is located on the premises of the now defunct Children's Park at Amakom in Kumasi, has been closed down, as children in the region to who the facility was dedicated are not deriving much benefit from it.

The facility has consequently been handed over to the Regional Co-ordinating Council (RCC), owners of the facility. Mrs. Rebecca Akita, Director of the Ashanti Regional Library Board, who disclosed this to The Chronicle upon enquiry, said the facility had since been returned to the RCC.

She stated that her outfit could no longer operate the library, as a result of insecurity of the premises, following the neglect of the Kumasi Children's Park at Amakom, and the level of deterioration of the facility, thus affecting patronage.

Mr. Boye Agyemang, Head of Department of Children, Ghana National Commission on Children (GNCC) at the RCC, has confirmed the closure of the library. He did not say what use the facility would be put to.

The facility, which was built by the then Ashanti Regional Administration (now Regional Co-ordinating Council) during the tenure of office of Col. E. M. Osei Owusu (rtd), then the Provisional National Defence Council (PNDC) Regional Secretary, with funds from the Regional Development Levy and commissioned by the late Asantehene, Otumfuo Opoku Ware II, on December 27, 1990, has been neglected.

The library, christened Afia Kobi Serwaa Ampem, after the Asantehemaa, which was formally handed over to the Ghana Library Board by the GNCC in November 1994, is now in shambles.

There is no electricity; the roof is leaking badly, while the furniture is broken down with the surroundings overgrown with weeds.

The library has since become a haven for criminals and drug peddlers, following its abandonment in 1999, while the 10.9-acre Children's Park has been turned into grazing ground for cattle, making it dangerous for children to patronise the library and the park for recreation.

Meanwhile, plans to redevelop the Children's Park at Amakom into an ultra-modern centre to cater for the recreational and educational needs of children in the metropolis by the Serwaa Ampem Foundation, a non-governmental organisation (NGO) and the Kumasi Metropolitan Assembly (KMA), has since 2008 stalled, in spite of the assurance that the sponsors of the project were to receive financial assistance of GH¢5,000 from the Mother and Child Foundation, a non-governmental organisation owned and operated by the former First Lady, Mrs. Theresa Kufuor, towards the project.

The project, designed by Envest Holding, a consortium of architectural consultants, in collaboration with the Architectural Department of the Kwame Nkrumah University of Science and Technology (KNUST), was to include a social site for the disabled, a museum, and other facilities needed to make the centre more attractive to both foreign and local tourists.

The construction of a modern administration block, a 900-capacity amphitheater with an ultra-modern library, and a commercial block, made up of pavilions to attract business and commercial activities, was estimated to cost over GH¢9 million.