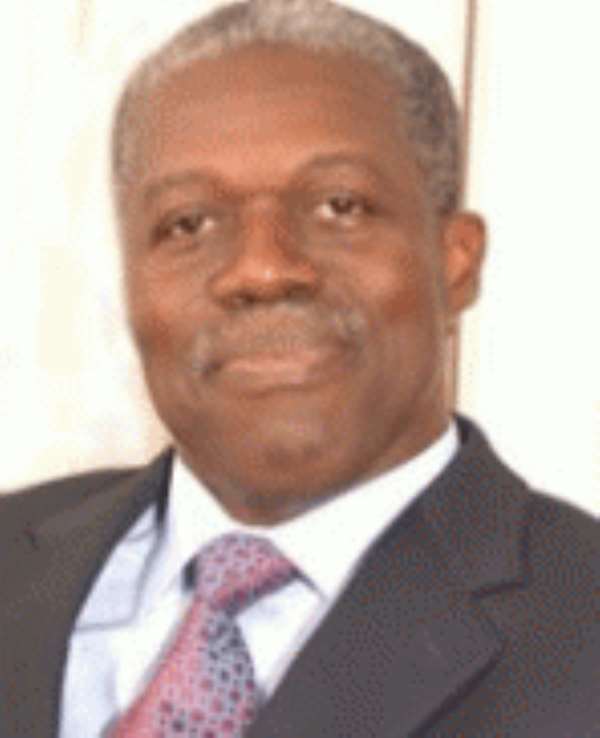 This was after he was sworn-in by the Chief Justice Georgina Wood at short ceremony on the floor of Parliament late Monday evening.

Amissah-Arthur took his oaths of office in accordance with Article 60(10) of the 1992 Constitution.

The House in unison applauded the declaration by the Chief Justice as the new Vice President signed documents on the floor.

After signing, Amissah-Arthur in a symbolic gesture was made to occupy the vice-president's chair and looked quite confident.

Amissah-Arthur in a short statement after the swearing-in thanked the president John Mahama for reposing confidence in him.

He also thanked members of the clergy for their unflinching support and prayers for him as well as the Members of Parliament for their thorough job and unanimity in carrying out the unprecedented assignment of vetting and swearing-in a non-elected vice-president.

He was early on by a voice vote approved by Parliament after hours of thorough vetting.

Majority Leader Cletus Avoka moved a motion before the house in a late sitting, Monday.

The motion was subsequently supported by the Minority Leader Osei Kyei Bonsu with the Speaker Joyce Bamford Addo asking for a voice vote.

Members roared in support of the approval of Paa Kwesi Bekoe Amissah Arthur.