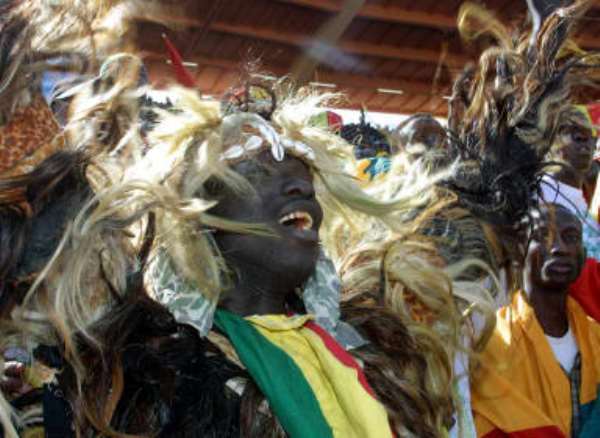 A Ghanaian woman had called the Antwerpen Fire Dept., on her cell to report a raging fire at a club owned by a Ghanaian last Saturday night. If the white man had any doubts about Ghanaian’s juju prowess, he surely never voiced that sentiment. Both the Police and the Fire Dept personnel touched the door of the club, found it very hot, yet when the door was broken down, there was no fire inside. Meanwhile the woman who called was still standing outside yelling on top of her lungs that the fire is raging and wondered why the officials aren't doing anything to douse it. The owner upon arriving about 3.00 am started cussing at the devils that have been spiritually wetting his club every week for the past year. He has resorted to drying his chairs with electric irons every morning. Where the rain comes from no one knows. So to find out who those devils are, he has enlisted the help of a jujuman to create that invisible fire to see who would see it. Knowing that anyone who reports or sees such a fire is him/herself the devil. So for the first time in history, both the police and the fire department wrote a report best left to clairvoyants. And you people think juju no dey, or has the white man confused your lot to think otherwise?