‘Amissah-Arthur's nomination has reduced our pain’ 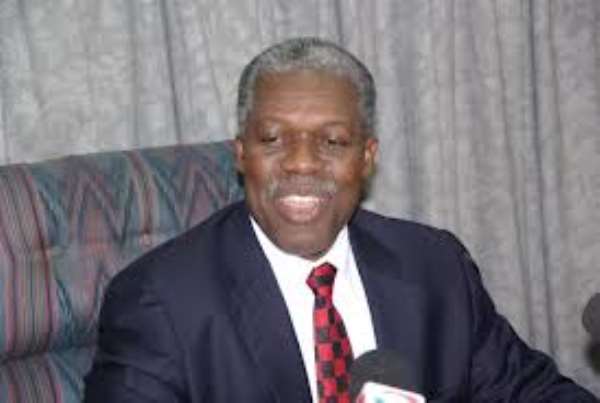 From David Allan Paintsil, Cape Coast
A section of the inhabitants in the Central Region who are grieving over the sudden death of President John Evans Atta Mills have pointed out that the nomination of Governor of Bank of Ghana, Paa Kwesi Amissah Arthur as vice president has reduced their pain.

Speaking to The Chronicle last week, most respondents claimed that President John Mahama's nomination of Mr. Amissah Arthur was commendable because it has reduced the tortuous pain they have endured following the death of late President Mills last week.

Nana Adjei, chief of Twifo Akweikrom in the Twifo Praso District said the announcement of Amissah-Arthur as Vice President had given him a little relieve over the great loss, because work on electrification project that was began a few days after the death of the late President would continue, since the new vice President would step in the shoes of the late leader to implement it.

The Mayor of Cape Coast, Anthony Egyir Aikins told the paper that the nomination of Amissah Arthur by President Mahama was in right direction explaining that such a move has greatly welcomed by the residents because it has reduced the unbearable pain that the people were going through. He said Amissah Arthur is an honest and hard working who could assist President Mahama to implement the Better Ghana Agenda.

A former Assembly Member of Kru Town in Cape Coast, P.K. Brew was of opinion that the nomination of Amissah Arthur was very timely and applauded President Mahama for making such decisive choice.

He said it was his wish that Amissah Arthur would assist his boss when given approval by Parliament to see the execution of the construction of the Kotokuraba Market, Cape Coast Stadium and the Technology Park, as well as the fishing harbours which late President Mills was slated to cut the sod in August for work to begin on such projects.

Thomas Cann Junior, a media person told this reporter that he thanked God that President Mahama had nominated the Central Bank Governor, who, he noted was humble and a honest man like late President Mills, who could help to manage the affairs of the country before, during and after the general elections.  He, therefore, praised President Mahama for making the best choice among the best.

An opposition New Patriotic Party (NPP) activist who chose to remain anonymous for fear of victimisation claimed that he had known Amissah Arthur for quite a long time and that the man was more than capable of doing the work. He maintained that any reversal would have serious repercussions on the country and the ruling government as whole.

Other NPP activists said Amissah-Arthur would not make any difference in the political fortunes because NPP has already won December 7 general elections in the Central Region.

According to them, Amissah Arthur as a cadre, knew much about the operations of the party and that he could use his organizational experience as well as economic background to continue with the Better Ghana Agenda.

'We know that with his God fearing , honesty, humility  and gentility, he can add something to the legacy of governance bequeathed to us by the late President John Evans Atta Mills', the statement said.

The cadres were optimistic that parliament would hurriedly work on him and approved of his nomination.

Section of N1 Highway to be blocked for GRIDCo’s stringing w...
37 minutes ago