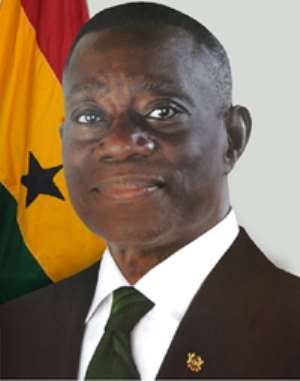 Demands for a coroner's inquest to establish the immediate cause of death of former President John Evans Atta Mills is set to replace the previous challenges surrounding his funeral arrangements.

Some considered the medical procedure necessary given the fact that the late president died within 24 hours of being admitted into hospital, and that breaching it would be an affront to the law. However, others were of a different opinion.

Information Minister Fritz Baffour, who was opposed to the demand, had reportedly stated that being a private matter, only the family of the late president could call for such a medical probe.

His position received a boost from chairman of the funeral committee, Kofi Totobi-Quakyi, who said none of the members of the committee had the professional competence to determine the cause of death of the former president.

The divergent positions opened a fresh source of controversy about the death of the former president, with some stating that the late Prof Mills was not a private person and the State was funding every bit of his funeral.

Those who followed the stories about the pockets of controversy so far were wondering whether there would be an end to the challenges at all.

Some argued that since the president was in good health, there was the need to establish what killed him.

Kenneth Kuranchie, who had been accused of harsh criticism of the departed president's administration, which might have fast-tracked his death, insisted that the late president's body should not be buried because it would serve as evidence for the post-mortem.

According to him, there were several questions arising from the president's death that required investigations.

'The man at all material times told us that he was very healthy. His associates argued copiously that the president was very strong, he was very very healthy, he could run, he could jump, he could skip; he could do all manner of things right up to the day that he died.

“Now a person in that very robust health who suddenly keels over and dies, cannot be accepted. We must ask that how come that somebody who insisted on his health so much, somebody whose associates said he was very healthy suddenly falls over and dies.

He is sick for less than two or three hours and dies, we cannot accept that. We are unclear in our minds as to what exactly happened to the president,” he said on Citi FM's 'Big Issue' programme on Saturday.

Coroner's Inquest Professor Agyeman Badu Akosa, one-time Director General of the Ghana Health Service and a pathologist, held the view that it was mandatory that the former president's death be a matter of a coroner's inquest, hinging his position on the fact that the deceased died within 24 hours of being admitted into hospital.

Dr Arthur Kobina Kennedy of the University of Cape Coast Medical School also supported the call for an inquest into the death of President Mills.

'We are told that the President was rushed to the 37 Military Hospital around noon and died at about 2:15pm that same day. In law, since he died within a day of his arrival at the hospital, which makes the President's death a coroner's case, that must be investigated,' he wrote in a widely circulated article.

It was one subject which had dwarfed the previous controversy of where to bury the deceased, against the backdrop of his family's insistence that his remains be returned to them for interment.

This appeared to have been resolved when the funeral committee visited the Ekumfi Otuam home of the former president where they met the family.

Another school of thought was of the view that since the deceased told Ghanaians that he had returned from a routine medical check-up in the United States with a clean bill of health and with a store of energy for the past, present and future, a sudden death as happened was worth probing.

While fielding questions from the media during a press conference announcing the funeral arrangements of the fallen leader, Mr Totobi-Quakyi said President Mills' death was devoid of any criminality, stressing that only the family could demand such a procedure.

Funeral Committee Chairman Totobi-Quakyi, who said that none of his members had the competence to establish the cause of death of the former president, was able, though, to explain that a coroner's report was only needed when a person died outside the premises of a hospital, a position that was challenged by Prof Akosa.

This also prompted a question as to the exact place the former president died, especially as some Ghanaians believed that he died before reaching the hospital, a matter which was yet to be clarified.

Mr. Totobi-Quakyi's position that the late President Mills died at the military hospital in the hands of competent doctors had been shot down by persons who thought that could not be true.

The reports, especially by news networks outside the country alluding to a cancer-related death, had been disputed by Deputy Information Minister Ablakwa Okudzeto, who claimed that the former president did not die of cancer.

The deputy minister's intervention had met with derision and disbelief by many Ghanaians given how poorly he and his colleagues had managed information about the late leader's state of health.

They presented him as one who was as fit as a fiddle and fears about his deteriorating health were labeled as a political gimmick thrown into the public domain by his detractors.

Mills' Family However, the family of the late president said they had information about what killed their brother.

A sister of president Mills, Mary Maa Adjoa Denise told Joy FM yesterday that a post-mortem examination was conducted on the body a day after his death.

She said the examination was done in the presence of the president's brother, Dr Cadman Mills and Samuel Mills, who is the only child of the ex-president.

Nana Asante Bediatuo, a prominent lawyer in the country, also added his voice to the demand for an inquest.

His position was premised on what, according to him, were the varied and conflicting accounts of the death of the former president.

This situation, he told Joy FM, made it even more necessary for a coroner's report, adding that President John Mahama must as a matter of urgency order such a medical probe to establish the cause of death.

He found the comments by the funeral committee chairman that such a report was only necessary when a person died at home and later brought to the hospital as comical, emphasizing the position of the law that if a person died within 24 hours after being brought to hospital, a coroner's report was needed.

'Only an investigation would establish there was criminality in the former president's death,' he said, adding that 'it doesn't lie in the mouth of the Information Minister to conclude the death was not criminal.'

Turning to the situation of the slain US President John F. Kennedy, he said although the authorities knew he was shot and killed, they ordered an investigation to establish the immediate cause of death.

The lawyer did not mince words in pointing out that his compatriots must know the cause of their president's death before his interment on August 10.

Funeral Committee member Nana Ato Dadzie also thought that such an investigation was beyond the powers of their committee, adding that whoever sought such answers should turn to another platform.

Prophet Joshua, the spiritual godfather of the late president, while speaking live on his Emmanuel TV at his Synagogue Church of All-Nations in Lagos, Nigeria, said he called the deceased and a certain Dadzie picked the call.

He said when he was put through to the president, he told him that he saw a cloud descend upon his house. When the deceased asked for an interpretation of the dream, he told him that it meant he was nearing the end of his life and that the cloud had come to take him away to heaven.

Only prayers and fasting could prolong his stay on earth, Prophet Joshua relayed what he told the deceased.

Medical intervention, he went on, could delay his death, adding that he asked that President Mills proceeded to his place in Nigeria, but the deceased said he was going to travel to the US and that when he returned, he would come see the man of God.

Prophet Joshua said while Mills was away in the US, he continued to pray for him.

The president's pastor said he called him before his last birthday and told him that this time round he could not wish him happy birthday and long life on television as he had always done because he had just a few days more to live.

He said he told him to fast and pray on his birthday.

President Mills was scheduled to travel to Nigeria to meet his spiritual godfather on the day he died since a letter had been dispatched to Parliament informing the House of his absence from the country.