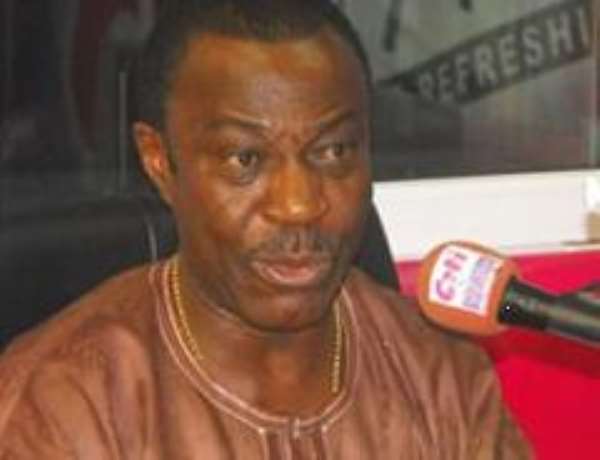 With Stephen Odoi-Larbi
Contrary to claims that the country would enjoy a bumper harvest this year, the former Minister of State at the Finance Ministry and Member of Parliament (MP) for Old Tafo, Dr. Anthony Akoto-Osei, has raised the red flag on the economy, arguing that it was heading for trouble, and that the earlier measures were put in place to save the situation, the better.

According to him, available data from the government indicates that the performance of major sectors of the economy, including manufacturing, construction and agriculture, which employ about 67% of the Ghanaian population, was nothing to write home about, especially, with regards to the first quarter of 2012.

Dr. Akoto-Osei sounded the alarm bell when contributing to the motion on the Supplementary Estimate of the Government of Ghana for the 2012 Financial Year on the floor of Parliament yesterday.

The motion for debate on the estimates was moved by the Minister of Finance & Economic Planning, Dr. Kwabena Duffour, on Wednesday, July 18, 2012.

But, the Deputy Minister of Finance, Seth Terkper, said such a claim was unfounded, looking at the economy the National Democratic Congress (NDC) inherited in 2009, which was fraught with challenges.

Laying the basis for his argument, Dr. Akoto-Osei noted that the circumstances surrounding the target of the country's GDP growth of 14.4% for the 2011 fiscal year was questionable, since the modus with which that figure was arrived at was neither explained by Dr. Duffour in the supplementary estimates at the committee level, nor on the floor of the House.

He told a half-packed House that during a revision of the 2011 budged in September the country had then recorded a GDP growth rate of 13.6%, but was very surprised that in November of same year, the figure shot up to 14.4%, as projected earlier, without any given explanation.

'In November, the agriculture sector had been targeted at 5.3%, and in November, the outturn was 2.8%. The latest position by the Ghana Statistical Service puts provisional agriculture at 0.8% lower than the 2.8% in November, and much lower than the target of 5.3%. So, if you look at agriculture, it is not possible for that deteriorating strength to help reach the 14.4%, because the 14.4% was arrived at when the target was 5.3%,' noted the former Minister of State.

Touching on industry, he said the target was 37.2%, but the outturn was 36.2%, and by April 2012, it had been revised significantly to 41.1%, a feat he attributed to the performance of the oil sector.

'The obvious question is what happened between November and April 2012 for the manufacturing sector to have turned around a figure of 1.7% to 13.4%; double digits and Madam Speaker, there is no explanation anywhere to tell us that. We would want the Minister to, when summing up, be able to tell us,' he pushed.

The construction and electricity sectors, he argued, also suffered similar experiences, with the construction sector, which was projected to be 17% as at the end of the first quarter, turned around to be 20%.

That of the electricity subsector in November recorded a provisional outturn of 13.7% growth, but surprisingly it was revised to -0.8%.

These, among other things, Dr. Akoto-Osei noted, needed to be answered by the Finance Minister.

He took time to touch on the country's international reserves which had declined from US$5.4 million in 2011 to US$4.9 million in May, 2012.

The new policy introduced by the Bank of Ghana on foreign accounts, he also argued, was not the best, since it had tied the hands of potential account holders from making any transaction.

His argument was backed by the MP for Sunyani West, Ignatius Baffour Awuah, who also called for swift intervention to save the economy from further decline.

But, those arguments were dispelled by the Deputy Finance Minister, Seth Terkper, in his contribution to the motion on the floor of the House.

'Mr. Speaker, indeed, the economy has performed well,' he asserted, but noted that in an election year, it was obvious the economy would come under some speculative attack, which he argued, was not a very unusual thing.

He urged critics of the economy to evaluate the performance of the economy on the basis of the difficult circumstances the NDC administration inherited in 2009, and the progress it had made over the last three and half years.

'Indeed, with respect to those indicators cited, we have seen inflation go down; the exchange rate has been quite stable up to the last six months, and indeed, we have been able to make progress. What is different is the fact that even though this is an election year, the ex-President of blessed memory has been very firm, indicating that if it requires we take corrective measures to arrest the deterioration in the economy, we can do it, irrespective of the fact that we are in an election year,' he explained.

On that background, he urged the members to support the measures introduced by the Bank of Ghana in addressing some fluctuations in the economy, especially, with regard to the continuous depreciation of the cedi against major trading currencies on the market.

He noted that the new policy was not intended to punish Ghanaians for keeping their savings in foreign exchange.

'The Bank of Ghana has come out to clarify the issue, and it is not the intention of the government to close down any foreign currency account, neither is it the policy of the government to stop people from this undesirable practice of dollarizing the economy. What we are saying is that if these individual actions mean to a harm of the public good, in the sense that it is affecting foreign exchange rate, wages and import prices, then it is necessary to sometimes make sure that those who engage in this kind of transaction bear the cost of their actions, rather than pass it onto the public at large,' he averred.

Nduom US suit: We're deeply sorry – PPP apologises to all Ma...
51 minutes ago