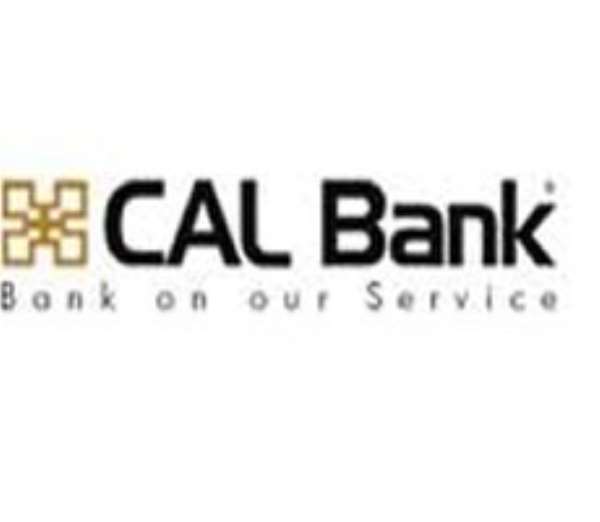 Frank B. Adu Jnr., CEO of CAL Bank commenting on the half-year performance said; “As forecasted, our half-year 2012 pre-tax profits have exceeded full year 2011 profits. The broad-based growth in total revenues across all our business segments in HY 2012 has resulted in a 247% growth in our bottom line (PAT) over HY 2011. Total income grew by 69.4% over HY 2011 underpinned by a remarkable 67.8% growth in net Interest income. We have prudently managed the growth in our operating expenses (28.2%) and Impairment charges (11.8%) as business has grown. The release of our sterling Q1-2012 results and the successful closing of our GHS 75 million private placement has translated into market confidence with favorable CAL share price movements from 0.25p in May 2012 to 0.31p currently. Building on these impressive half-year results, we are confidently on track to deliver excellent results for our shareholders in the third and fourth quarters of 2012."

Commenting on CAL's financial strength, CFO Mr. Philip Owiredu said: "CAL is now ranked 10th of 26 banks in Ghana in terms of asset size. Our total assets increased by 64% to GHS 982.3m in Q2. The 91.5% growth in our advances portfolio in HY 2012 over HY 2011 is a result of our defined strategic growth in the corporate sector. New loan growth has been principally in the construction, services, oil & gas and transportation sectors. On the liabilities side, customer deposits grew by 56.2% due mainly to benefits from expanded branch networks and growth in deposits by corporate organizations. With our new capital, our branch expansion roll-out is on course and will serve to increase retail deposits through product-based deposit mobilization and to increase corporate deposits from telecoms, mining, bulk oil distribution and real estate sectors”.

Regarding profitability, HY 2012 operating profits grew by 208.5% over HY2011. This was driven largely by net interest income (a 67.8% increase over HY 2011) mainly due to significant increase in loans and advances as well as rising interest rates on investments. Fees and commissions grew modestly by 23.9% whilst Other Income increased remarkably by 146.2% over HY 2011. The increase in other incomes is as a result of increased volumes of forex transactions, growth in international trade operations and corporate finance activities. On the cost side, through prudent control of administrative expenses and increased efficiency from ongoing process automation, we have reduced the Cost-to-Income ratio from 53.6% to 40.6%. Our capital adequacy ratio increased from 11.4% to 19.16%. This increased ratio is as a result of the GHS 75m capital raised through the successful private placement in May 2012. CAL also reduced its NPL ratio to 8.1%, compared to 12.9% in HY 2011 through a concerted recovery process which enabled the Bank recover some impaired corporate loans.