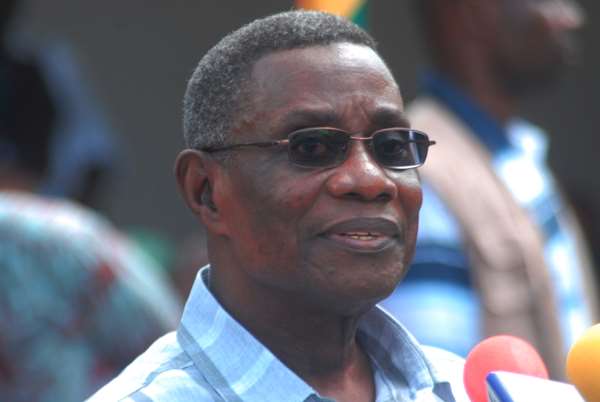 Accra, Aug. 1, GNA - The African Youth and Governance Conference is expected to honour the late President John Evans Atta Mills for his contribution towards youth empowerment in Ghana and Africa.

The Fourth AYG Conference is scheduled for Accra from August 8-10, ahead of the commemoration of the International Youth Day.

It is on the theme "Partnership for Job Creation: A Wheel for Transformational Governance.”

The conference would be made up of extensive dialogue and search for workable models in addressing youth unemployment, entrepreneurship and financing youth development.

This was announced by Ms Muneinazvo Kujeke, AYGC Delegate at a press conference in Accra on Wednesday.

She said the theme was an indication on the prime objective of partnerships and broader inclusiveness in Africa's development agenda where youths were recognised as key players; thereby making them part of solving their own problems that affected the entire society in Africa.

Ms Kujeke indicated that the event was also restructured to honour and celebrate the life and work of the late President Mills, who was active in youth employment programmes that considered the people's need.

“Therefore, after extensive consultations, the AYG-Conference community resolved that it is appropriate and even an honourable duty to hold the conference on its initial dates of August 8-10 as it enshrines and emulates the values that were dear to the departed leader.”

Ms Kujeke said the Government had demonstrated commitment to youth development in Ghana by ratifying the African Youth Charter.

She stated that the opening ceremony of the conference would align the late President Mills' contribution towards youth employment by recalling his continuation of what President Kuffour's administration had begun.

The third day of the conference would allow foreign delegates to join the Ghanaian youth in paying their last respect to the late President Mills, with delegates wearing red and black attire.

Ms Kujeke announced that the premier Africa Heritage Festival of Youth, scheduled for August 10, with youth from 35 African countries and the Diaspora would be dedicated to the honour of the late President Mills.

Professor N'Dri Assie-Lumumba, Patron, AYG Conference Initiative and Fellow of the World Academy of Art and Science, Cornell University, in a video interaction expressed shock at the demise of the late President.

She commended Ghanaians for showing to the world that they could have smooth transitions even in difficult moments.

Professor Lumumba noted that the democratic governance values portrayed by Ghana should serve as a lesson to the youth to respect the constitution and the rule of law to ensure peace and development.