Why All This Noise About The Flagstaff House? 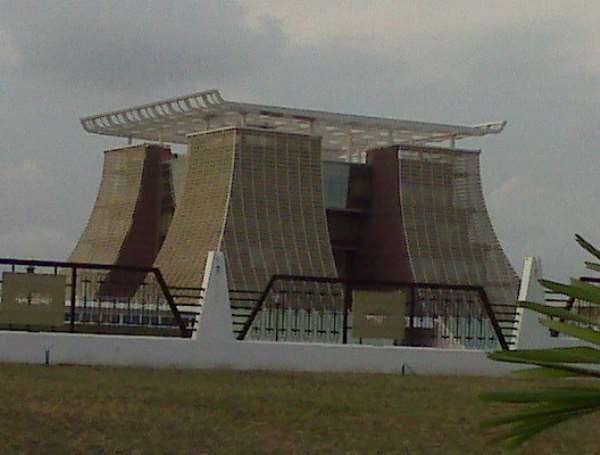 The Flagstaff House was not a parking lot, nor an island or a bushy area before the NPP came to power in January 2001. In fact, it was an edifice which served as the residence and office to the first President of Ghana, Osagyefo Dr. Kwame Nkrumah. It must also be noted that Dr. Nkrumah had a private zoo at the back of the Flagstaff House at the time of his overthrown. Therefore, it is erroneous for anybody to assume that the Flagstaff House was an empty lot which was reconstructed and renamed Golden Jubilee House in 2008 by the NPP government.

What Ghanaians must even know is that at the time when the Flagstaff House was inaugurated and renamed Golden Jubilee House in November 2008, it was just about 70% to 80% complete. That is one of the reasons why the late President John Atta Mills stated in 2009 after he assumed office that when the place is finally completed and the security agencies give the all clear signal he would move in.

It is well known that whilst in opposition, then candidate Mills criticized the NPP for spending so much to reconstruct the edifice whilst many in Ghana lacked education, health and other basic needs. But President Mills did not state anywhere that he will never move in to the place.

Now President Mills is dead, with his passing touching the hearts of millions of Ghanaians. Just look at how the one week celebration of his death brought an extraordinary grief and lamentations across the length and breadth of the country.

President Mills died as the first sitting president of the country, which has put the National Funeral Planning Committee (NFPC) on uncharted waters. The committee has been thrust with the responsibility of planning something which has no precedent. They are therefore planning the funeral out of nothing which is expected to attract World Leaders, members of the Diplomatic Corp, Chiefs, Parliamentarians, family members and friends of President Mills, the NDC fraternity, members of the other political parties including the NPP, CPP, PPP and PNC among others and a huge crowd of mourners who have been touched by President Mills' grace, poise, humility, perseverance, genuineness, integrity, simplicity and love for the nation and the people of Ghana.

One of the major tasks which confronted the funeral committee was to look for a fitting burial ground for the late President Mills. But it occurred to the NFPC that since it's the first time that Ghana has lost a sitting president it would be important to look at the bigger picture and get a burial site that would in future accommodate all other presidents who die. Therefore, the search for various sites began in earnest with more than 10 sites including the Kwame Nkrumah Mausoleum, Flagstaff House, State House, Osu Castle and Osu Military Cemetery among others being visited.

The NFPC made a comprehensive report of all the sites visited and later sought advice from some key members of the society to collate their input. It must be stated that the NFPC thoroughly reviewed all the sites visited before it decided on two or three of them. Later the committee met with members of the opposition and tabled what they had collated before they all agreed that since it's about time that Ghana finds a lasting resting place for her presidents who pass away, the back of the Flagstaff House which used to be the private zoo of Dr. Kwame Nkrumah would be the ideal place.

Ghana does not need this controversy in its time of grief. Since President Mills' death has brought the country together why can we as Ghanaians not agree to this burial site and cease the hostility just to respect this honourable man. At best the site is going to be used as the burial site of presidents from all political parties who pass away.

It is sad that most of the people who are making those criticisms have not even taken the pains to visit the Flagstaff House to see how the place look like before jumping into conclusion that the place is being turned into a cemetery. Please let's honour President Mills! The late president may be turning in his grave with our continuous criticisms of his burial site. The family may feel offended by this controversy whilst those who love this man may be turned off if we continue to lash at ex-President Mills. For once, let us come together as one people and do the honourable thing devoid of partisan politics!